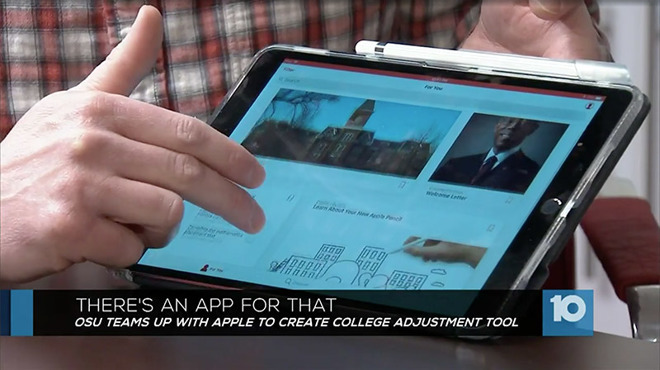 What it is: Augmented and virtual reality offers a way to make education more interesting.

According to Forbes, “Goldman Sachs estimates that roughly $700 million will be invested in AR/VR applications in education by 2025, on simulations for everything from forklift operations to architecture to invasive surgery. Gartner projects that 60 percent of all higher education institutions in America will be using virtual reality in the classroom by 2021.”

Education is rapidly changing with technology. No longer is it enough to have a few PCs in the classroom. With every kid carrying a smartphone around, it’s easy for children to access data through screens and read a smartphone or tablet screen instead of a textbook that goes out of date rapidly. With augmented reality, kids can learn about history and art by seeing actual images through augmented reality. One huge problem with math is that it’s so abstract that most kids don’t care about it, so helping kids visualize how math could help them measure angles, distances, and heights through augmented reality might make geometry more interesting and relevant.

To read more about augmented reality in education, click here.

What it is: For the longest time, Apple products have been used in schools and now Apple ha an education event scheduled for March 27.

Now Apple needs to get back into the education market because what students use in schools, they tend to use in the work place. That helped establish Windows as the dominant business operating system and it’s now helping Google break into the corporate world as well.

First, Apple needs cheaper iPads, not the same price as Chromebooks, but low enough to be appealing. Apple can never compete against Chromebooks on price so price is just one factor to make iPads more appealing. Second, Apple is planning to release ClassKit, a program that lets teachers track and monitor the progress of students through an iPad. If ClassKit proves practical and useful, that could help steer more schools into paying more for iPads to get more features than a cheap Chromebook can offer.

Third, Apple is emphasizing coding for everyone and that means they need to put Xcode on the iPad. This would let students create iPad apps directly on the iPad. With the iPad processor getting more powerful with each generation, it’s essentially as powerful as last generation’s PCs. That means an iPad should have enough power to create iPad apps. By letting students create iPhone/iPad apps directly on an iPad, Apple could insure a generation of programmers and make iPads more appealing in classrooms as well.

So the combination of lower prices, classroom tracking, and app development should help steer more schools towards iPads over Chromebooks. If price is an issue, schools will always choose Chromebooks. If features are the priority, then Apple hopes schools will choose iPads.

To read more about the future of the iPad in schools, click here.

What it is: Apple announced a March 27th educational event at a Chicago high school.

On March 27th, Apple will reveal a new education related product and that product will likely be ClassKit, a framework that lets teachers monitor the progress of students through an iPad. By using iPads, a teacher can follow a student’s progress and keep the student from doing anything else on an iPad. This lets a teacher quickly see how well certain students are doing and which students need more help.

Such a tool will let teachers rely more on iPads to monitor student’s progress and do so quickly and easily in ways that aren’t as easy to do with today’s Chromebooks or Windows PCs. The eventual goal is to give schools reason to buy iPads instead of much cheaper Chromebooks.

Whether ClassKit does this or not is debatable. At Apple’s last education event, they revealed iBooks Author to give teachers the ability to create digital textbooks. While this feature is still handy, it hasn’t changed the classroom much since its introduction. Schools are still wasting money on expensive textbooks and students are still largely ignoring these textbooks anyway.

Besides introducing ClassKit, Apple may also introduce a new version of iBooks Author as well. This could keep iBooks Author in the public mind and further encourage schools to consider buying iPads instead of Chromebooks or Windows PCs. The more tools apple can provide to make the iPad useful in the classroom, the greater the incentive to buy iPads instead of cheaper Chromebooks.

Whatever happens on March 27th, you can be certain it will be geared to help sell more iPads to schools. Now we just have to wait to see if Apple’s software features are compelling enough to make an iPad more enticing than a cheaper Chromebook. What it is: Microsoft recently released Windows 10S to target the education market.

At one time, Windows PCs dominated schools. Some schools still offered a handful of macintosh computers but for cost reasons and greater compatibility, most schools purchased truckloads of Windows PCs and stuck them in the classroom. The theory was that since people used Windows PCs in work, it only made sense for students o learn what they would likely use in the real world.

Then schools started to shift to iPads when Apple first introduced the iPad. The iPad was simpler to use by requiring far less maintenance. Some schools switched to iPads but then Google released Chromebook, which were extremely cheap laptops. Once Chromebooks appeared, most schools simply skipped both Windows PCs and iPads and chose Chromebook for the much lower cost while still retaining the simplicity of an iPad.

Now Microsoft has decided to fight back by releasing Windows 10 S, low-cost version of Windows designed for the education market but also for low-end computers. The main limitation of Windows 10 S is that it can only install and run software from the Windows Store. This prevents rogue programs (or students) from loading a school PC with unapproved software.

The main target is the education market but Windows 10 S could also compete against Chromebook in the consumer market. Given a choice between using familiar Windows software or a Chromebook, many people will likely chose Windows 10 S. The big warning flag is that people who buy a Windows 10 S PC need to realize the software limitations restricting you to Windows Store software. For an added price, you can upgrade form Windows 10 S to Windows 10, but people must understand this option costs money before they rush to get a cheap Windows 10 S PC, only to get annoyed that they can’t install Windows software on it through a DVD or file downloaded from the Internet.

Windows 10 S looks attractive from a technical point of view. The big problem may simply come from people expecting Windows 10 S to give them the same freedom of software choice as Windows 10. That’s a huge potential for confusion. Just as people bought Windows RT Surface laptops, only to discover it couldn’t run ordinary Windows software, so might people get confused and upset when they buy a Windows 10 S laptop for the low price, only to find out that they can’t install non-Windows Store software on it.

Windows 10 S is Microsoft’s attempt to keep Windows dominant in the desktop operating system market by taking back the education market from Chromebooks. If Microsoft limits Windows 10 S to schools, their strategy may work. If Microsoft allows the sale of Windows 10 S PCs to consumers, be ready for some consumers to get confused that Windows 10 S won’t give them the same amount of choice as Windows 10.

The education market is crucial for any company. Windows 10 S is Microsoft’s attempt to keep Windows relevant. Whether manufacturers can offer Windows 10 S laptops for a competitive price to Chromebook remains to be seen, but if the price can be equal to Chromebook, Windows 10 S has a good chance of offering the familiarity of Windows with the low cost of Chroembooks, and that’s a combination most schools will find hard to resist.