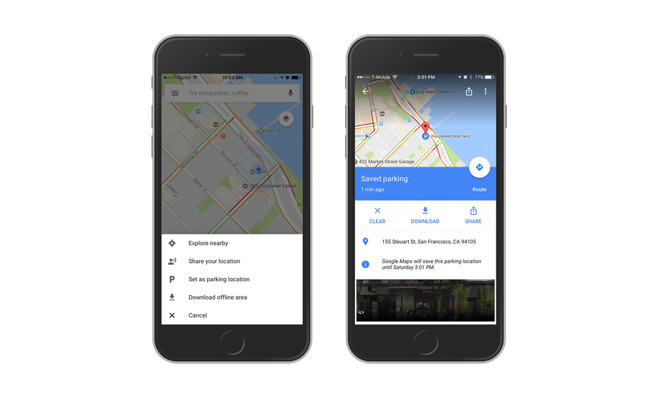 What it is: Android sends more data to Google than iOS sends to Apple.

Google recently admitted that they continue to track user data even after the user defines privacy settings explicitly stating that they do not want their data sent to Google without their permission. Yet Google collected their data anyway. So if you’re worried about privacy, Google should be one of the last companies you should trust.

That means avoiding anything related to Google including their search engine and their Android operating system. Now the latest study by Vanderbilt University’s Prof. Douglas Schmidt suggests that Google collects ten times more data than Apple does with iOS. So not only is Google harvesting more data, but it will continue collecting your data even after you tell it not to do so.

Given these massive privacy violations, why do people still use Google? The answer is simple. Convenience. In exchange for convenience, people are willing to trade their privacy away. In most cases, Google won’t use this data for malicious purposes such as stalking you like a serial killer and wiping out your home. However, the idea of any company collecting your data without your permission should be at least eye-opening to anyone. Given a choice between Android or iOS, the safest choice is definitely iOS.

If you don’t mind giving up your privacy in exchange for a lower cost smartphone or a better search engine, then keep using Google products like Android. If you value your privacy, then avoid Google and stick to rival products like iOS. If more people would take privacy seriously, perhaps companies like Google wouldn’t be able to get away with collecting customer data even when specifically denied permission.

Privacy is a serious issue. The more people realize this, the better choices they can make.

What it is: In the United States, Congress recently passed a bill allowing Internet Service Providers to sell data on users without consent.

The Internet is not private and if you live in the United States, it’s just gotten less so. For “business” reasons, Congress passed a bill allowing Internet Service Providers (ISP) to sell data on their customers without their customers’ acknowledgement. Essentially this means ISPs can track its users and sell this data to the highest bidder. If you thought you had little privacy on the Internet before, now you have even less once this bill goes fully into effect.

That’s why you should get a Virtual Private Network or VPN. The idea behind a VPN is to use encryption to create a secure link between your computer and a server. This server then connects you to the rest of the Internet. At the simplest level, using a public WiFi hotspot means sending your data in the clear so anyone could intercept it. If you use a laptop in a coffee house and type a credit card number into a secure web site like Amazon, your credit card numbers can be intercepted on their way from your laptop to the WiFi hotspot.

A VPN would prevent this problem by first connecting you to a server and encrypting your data. Now if anyone intercepts the encrypted data, they won’t be able to steal or read your credit card numbers. For privacy alone, a VPN is crucial.

Besides hiding your Internet activity, a VPN also provides a way to mask your IP (Internet Protocol) address. For simple uses, this allows you to watch content that might be banned in certain countries. For example, the BBC only allows certain videos to appear to United Kingdom residents, but a VPN would strip keep the BBC from knowing your location, thus allowing you to watch UK-only content.

On a shadier level, a VPN would let you spoof your IP address to tunnel past firewalls designed to block your access to the Internet. This means you could view censored materials blocked by your school, company, or government. China has one of the biggest firewalls in the world dubbed the Great Firewall of China, but many Chinese users rely on VPNs to access such banned sites as Twitter, YouTube, and Google.

With Internet privacy legally dead in America, it’s important that people use a VPN. Some VPNs are free, some offer free service but with restrictions, but most charge a monthly or annual fee such as $5 to $8 a month.

VPNs supposedly won’t track your activity or if they do, they claim to wipe out their log files within a short period of time. A VPN provides servers around the world so you can connect to the one closest to your location at the time, then access the Internet from that VPN server. If you want your privacy back, you need a VPN.

Generally you’ll need to download special software to access a particular VPN. After you connect to that VPN’s closest server, then you can access the Internet anyway you like. Depending on the VPN you use, the speed may vary from slow to fast. Some VPNs have restrictions banning torrent, peer-to-peer connections since torrents are most often used to pirate content, but other VPNs have no such restrictions. The key is simply finding a VPN that you like best with the price and features you prefer.

The bottom line is that in today’s world of data tracking, a VPN is no longer a luxury. Start with a free one to understand how they work, then graduate to a paid VPN service. If you value your privacy, a VPN is now part of owning any computer that can access the Internet including a PC, smartphone, or tablet.

What it is: Encryption is the science of scrambling data so only authorized people can access the information.

Back in the 90’s, the United States tried to get the world to adopt the Clipper chip, which was an encryption standard that allowed the American government back door access to anything the Clipper chip encrypted. Of course, the whole purpose of encryption is to keep people from viewing your information, so allowing the American government access to your encrypted data made as much sense as locking your car but leaving the windows wide open.

Not surprisingly, few corporations and even fewer nations wanted to rely on the Clipper chip if they knew the American government could read their encrypted information easily. Now the National Security Agency (NSA) is trying to push the idea that encryption is bad because it protects terrorists, so therefore we need to ban encryption.

Basically encryption is the science of taking data (known as plaintext) and using algorithms to scramble that data so no one can read it (known as cipher text). How the algorithm scrambles data depends entirely on a password.

There are several encryption algorithms available, but the latest one is called the Advanced Encryption Standard (AES) that the American government helped create. To insure that there were no back door access hidden in the AES encryption standard, the government held a contest where cryptographers from all over the world could submit their encryption algorithms and anyone could examine the algorithm. Such transparency helped insure that there were no hidden back doors in any of the algorithms.

The goal of an encryption algorithm is to scramble data so it appears as random gibberish. Since algorithms can be easily studied, the real protection comes from the password used to tell the algorithm how to scramble data in a specific way. That’s why web sites often force people to create passwords that consist of upper and lower case letters along with other characters besides letters. The more random the password, the harder it will be to guess. That means the only way to crack encrypted data is to try to break the algorithm, but if the algorithm is strong, that effectively keeps the encrypted data safe from prying eyes.

Apple, Microsoft, and other companies offer encryption to protect your hard disk data from prying eyes. Although the NSA wants companies to weaken their encryption, strong encryption can theoretically keep your data safe even from government agencies like the NSA. That’s why the NSA doesn’t like encryption because it hides data from their prying eyes.

When protecting your own data, make sure you’re using strong encryption. That usually means relying on a known encryption standard like AES, and choosing a difficult password. The combination of a difficult password and a strong encryption algorithm effectively makes you data safe from prying eyes. You just have to make sure nobody knows what your password might be. (If you forget your password, that means you won’t have access to your own data either.)

You want strong encryption to protect your own privacy. Now you must also practice good security habits by using unique, difficult passwords because the passwords are the real weak link to encryption. People often write passwords down or make them easy to remember, which also makes them easy to guess. Your password is really the key to keeping your encrypted data safe.

If you’re worried about the security of your data, encrypt your entire hard disk using FileVault, Apple’s encryption program that comes free with every Macintosh. FileVault takes time to set up and can slow down your computer because it needs to encrypt and decrypt data so you can use your computer, but if security is important to you, use FileVault.

Encryption programs like FileVault can just make your data safer and protect your privacy. It will never be perfect, but it’s far better to have some measure of security than none at all.