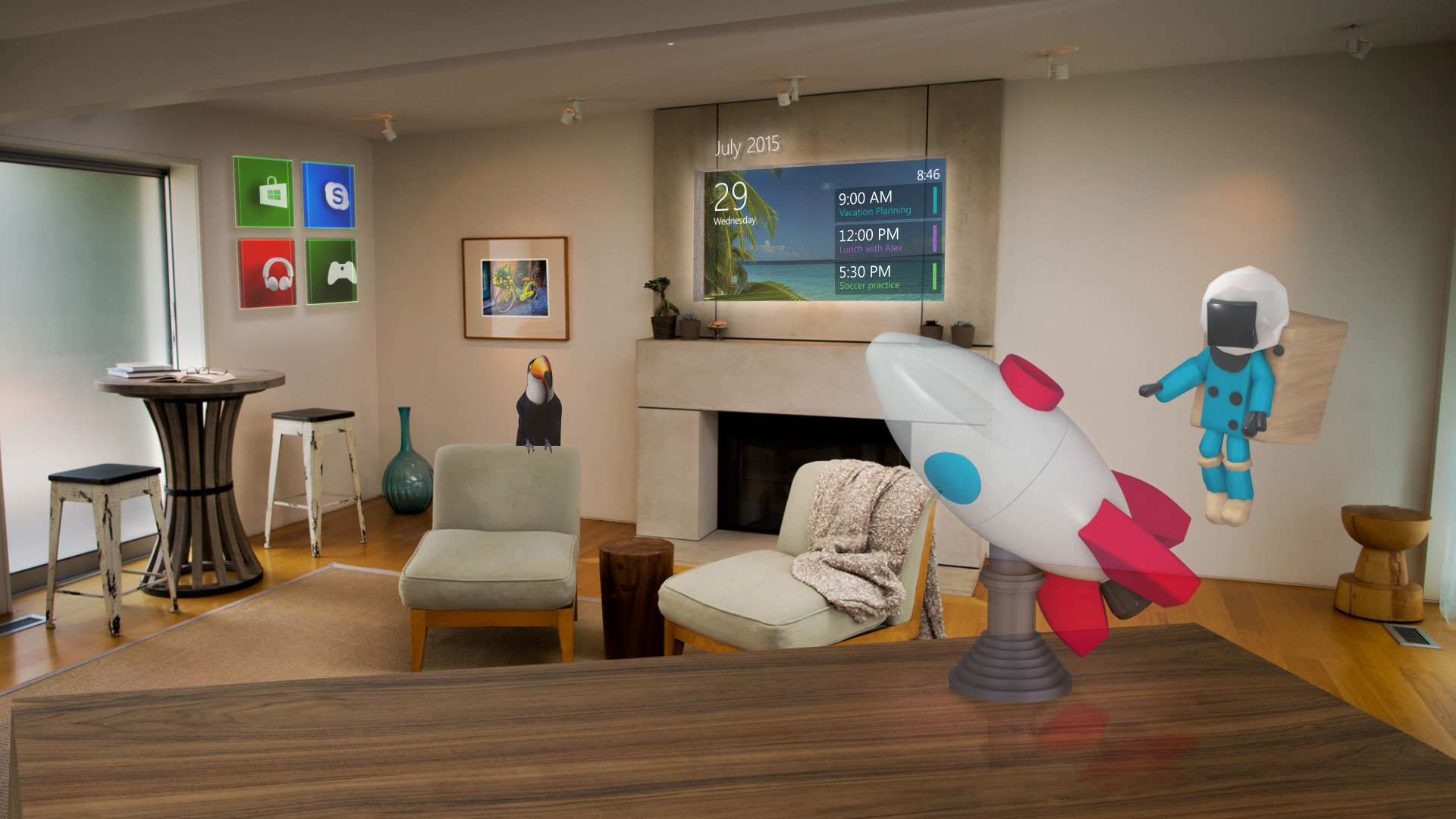 What it is: The Microsoft HoloLens lets you interact with holographic images seen through the HoloLens.

Microsoft recently revealed an interesting project dubbed the Microsoft HoloLens. To demonstrate its potential features, Microsoft even created a short video that shows how the HoloLens could be used in work and home.

Like many Microsoft projects, the HoloLens is more of a working concept than an actual shipping product, but here’s where the future of the HoloLens can succeed or fail.

This is how the HoloLens can fail. Microsoft can try to cram every possible feature into the HoloLens with no thought or consideration for how those technical specifications might translate into enhancing the user experience. The end result will be a technical marvel with no clear purpose or task to solve. However, it will have a laundry list of technical specifications it can parade in front of others to demonstrate its effectiveness and superiority.

Think of how Microsoft marketed their Kinect motion sensor. After walloping the PlayStation and Nintendo Wii in the game console market with the Kinect, Microsoft offered a software development kit (SDK) to allow Windows developers to tap into a Kinect connected to a Windows PC to create custom applications. Years later, has anyone seen anyone use the Kinect for everyday computing use with a Windows PC?

While hospitals have used the Kinect to allow surgeons to view X-rays and other patient data by swiping in the air with their hands (which keeps their hands germ-free by not touching the surface of anything), there’s been precious little from Microsoft itself that demonstrates the Kinect’s potential businesses uses with a standard Windows PC. For all intents and purposes, the Kinect on Windows seems like a dead project due to Microsoft’s indifference.

If you watch Microsoft’s HoloLens demonstration video, you can see people using the HoloLens to solve problems together such as fixing a plumbing problem or analyzing rocks on a Martian surface. While all this looks cool, the way to make the HoloLens succeed is to find one difficult problem that can’t be solved easily with today’s technology, and make the HoloLens solve that one problem extremely well.

With any new and specialized technology, the goal isn’t to solve everything at once and be superior to all existing products right away. The key is to solve a difficult problem now and solve other problems with future generations.

The original iPhone was more than just a mobile phone but a pocket computer that could access the Internet. You couldn’t even add new apps to the original iPhone, yet the iPhone proved versatile enough to still attract enough interest so Apple could gradually keep improving it.

Despite these problems, the original iPhone was a major leap forward from traditional mobile phones that were limited by physical keyboards. With its virtual keyboard that could adapt to different uses, the iPhone’s touch screen user interface paved the way for the future.

That’s how the Microsoft HoloLens can succeed. Focus on a single problem, do it better than everything else, and then let the product gradually grow to solve other problems as well.

Look at how the Apple Watch is evolving. It’s initial version is limited but you can already see the potential of real-time health monitoring that current technology can’t offer as easily. The big question for the Microsoft HoloLens is to figure out what problem it can solve right now better than existing technology. Then zero in on that problem and worry about improving the HoloLens to match the demonstration video later.

Chances are extremely good the first version of the HoloLens won’t work exactly like the demonstration video, and that’s okay. If Microsoft tries to match their lofty goals, they’ll fail. If Microsoft simply focuses on providing a single solution to a difficult problem today, they’ll eventually succeed.

The question is whether Microsoft is willing to wait and let the HoloLens grow or if they’ll just dump technical features at people and hope for the best. As the past has revealed, hope is rarely a strategic long-term solution to solving anything.

About the Microsoft HoloLens.