What it is: Apple introduced services at its latest event that will provide income beyond the iPhone.

For the longest time, Apple was dependent on the Macintosh. The company tried to branch out into TV sets, game consoles, and personal digital assistants, but failed. Then Apple got another hit on their hands when they introduced the iPod.

The iPod carried the company forward and then iTunes came along to support the iPod and also sell music downloads. The combination of the iPod and iTunes made Apple dependent on that product instead of the Macintosh.

Then Apple introduced the iPhone, which effectively killed the iPod. You can still buy an iPod, but for the most part, it’s a dead product because most people have a music player in their smartphone. Now Apple is branching out from the iPhone to services.

People rapidly adopted the iPhone because it was a far better solution than previous smartphones from Nokia and Blackberry or Windows Mobile. People are still adopting the Macintosh as an easier alternative to Windows. So with so many services introduced, what problems do they solve?

For some people, Apple News+ will be useful but for many more, it will not. That doesn’t mean Apple News+ will flop, but that it’s not necessarily a major product like the iPod, iTunes, or the iPhone.

Apple Arcade is far more interesting because more people like games than like reading multiple magazines. By giving you access to multiple games at a fixed price (yet to be determined), you can enjoy games that you might not have considered buying otherwise.

This gives game developers an incentive to offer unique games beyond the usual first-person shoot ’em up game mechanics while also giving subscribers a safe way to explore other types of games.

Apple Arcade may be better than Apple News+, but games alone won’t make Apple a bundle of money.

Apple TV+ is the riskiest of all services because it doesn’t matter how many A-list actors or directors you throw on a project. That project can still fail. Apple TV+ will simply provide people with another source for original content, but whether it’s worth paying for or not will depend on the content and the cost.

Despite being the riskiest service, Apple TV+ does offer potentially large profits to rival Netflix or Hulu. Expect Hulu to whither away and Netflix to merge with someone eventually to stay alive.

Perhaps the service with the greatest potential is Apple Card, which eliminates fees and gives instant cash back rewards. Just eliminating fees alone is a big deal but offering clear account statements along with financial tracking features gives Apple Card a huge advantage over all existing credit cards.

Making the Apple Card more secure is just another advantage and offering people a titanium, laser-etched credit card with no number or signature further enhances security.

Since everyone needs a credit card, Apple Card is likely the most promising service of all. A large majority of iPhone users will get an Apple Card and Apple will make money off purchases. Such a steady stream of income will likely dwarf anything Apple News+, Apple TV+, or Apple Arcade can ever earn.

Apple Card is the big success of all of Apple’s services followed by Apple Arcade, Apple TV+, and Apple News+. Services are the future and with Apple Music already entrenched, services will simply allow Apple to grow beyond their hardware roots and thrive by customizing their future hardware to support their services. 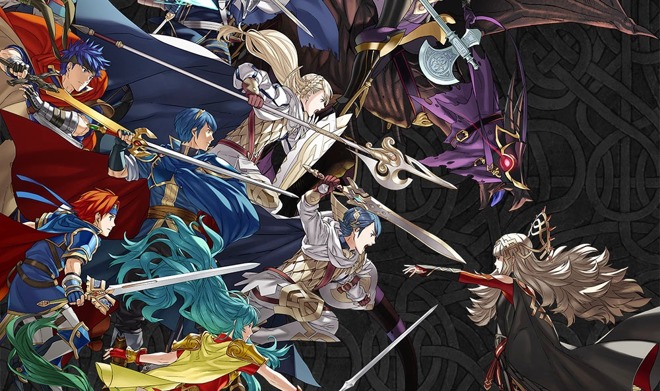 What it is: For the longest time, Nintendo restricted their content to Nintendo devices, but now they’re bringing them to other platforms.

In the game console wars, each side (Sony, Microsoft, Nintendo) tried to create unique content that could only be played on their devices. If you wanted to play a Nintendo game, you had to play it on Nintendo hardware. For years, that strategy worked until it didn’t. Instead of buying dedicated Nintendo consoles or handheld devices, people were relying more on smartphones and tablets.

As Nintendo hardware sales steadily fell, the company recognized the obvious. Unique content could no longer sell hardware. One option was to continue this losing strategy anyway and hope that it would magically turn around. A second and much better option was to port proprietary content to other platforms and take advantage of these other platforms’ widespread availability. That means Nintendo has to port their games to iOS and later to Android.

Initially this might seem to undercut Nintendo’s hardware sales, but game sales will likely make up for this loss and provide added revenue as well. Nintendo’s “Super Mario Run” garnered 78 million downloads on iOS alone and brought in more than $53 million for the company. Without this release, it’s highly unlikely Nintendo would have made that same amount of money selling hardware that fewer people want any more.

Nintendo knows the future is iOS and Android, but they haven’t yet figured out the best way to monetize their games. The typical solution is to offer a free game with in-app purchases, but that might not work for Nintendo. Whatever Nintendo decides to do in the future, they already know that their future rests on selling more of their games on other people’s hardware.

The future is never hardware because hardware can be easily copied. Although the iPhone revolutionized the smartphone industry with a touch screen interface, Android manufacturers had little trouble mimicking the iPhone shortly after it appeared. When Apple introduces a new hardware feature in the iPhone, Samsung and other Android device manufacturers easily copy that same feature or offer something else that Apple eventually copies in a newer iPhone model. Hoping to differentiate your products through hardware alone is a losing game.

That’s why Nintendo’s strategy of releasing their games for other platforms will likely be successful. Nintendo hardware sales can never compete against the total number of devices people already own form Apple and other companies like Samsung. In the mobile world, iOS and Android dominate and show no signs of losing their lead (unlike Blackberry and Nokia).

The fact that Nintendo is seeing growing success bye offering their games on other platforms is proof that iOS and Android and here to stay (at least for the immediate future), and that Nintendo’s hardware strategy will likely wither over time. If you want to play a Nintendo game, you can still buy Nintendo hardware, but you’ll probably be more likely to buy a Nintendo game to play on your existing devices.

Few people playing “Super Mario Run” on their iPhone or iPad would likely buy a Nintendo handheld device just to play that same game. Nintendo knows that hardware is not the future but software is. When Nintendo succeeds on iOS and Android, that means iOS and Android also succeed by cementing their dominance in the mobile computer market as well. (Notice Nintendo has no plans to port their games to Windows Phone?)

Nintendo, like many other companies, is simply following where the money is and that’s where iOS and Android are. Just like people made MS-DOS and later Windows the dominant standard because that’s where the software was, so are people now making iOS and Android the mobile standard because that’s where the software is. Nintendo will likely reap huge profits from selling more of their games on other people’s platforms. It might not be the ideal situation as selling both hardware and software, but it’s far better than going out of business altogether.

To read more about how Nintendo is porting their games for iOS and Android, click here.