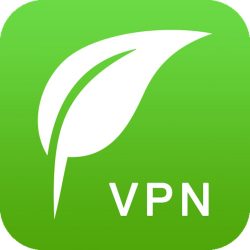 What it is: Russia just banned the use of VPN (virtual private network) software that allows access to banned websites.

Censorship is taking a nasty turn for the worse lately. First China banned VPNs in the Apple App Store. Now Russia has done the same thing. The goal of both Russia and China is to keep its citizens from accessing banned websites.

Unfortunately, companies have little leverage in dealing with the laws of other countries. Just because something is legal doesn’t make it right. At this point, all Apple can do is make sure VPN software is never removed from the American App Store. Hopefully other people and organizations can continue spreading VPN software to people in Russia and China so they can access banned websites too.

Fortunately, accessing banned information isn’t as hard as you might expect. In North Korea, everything is banned from other countries, yet North Koreans routinely smuggle in DVDs from South Korea along with TV shows, music, and movies stored on flash drives. Although officially North Korea cannot access outside information, it’s profitable for them to do so.

Apple and other countries cannot change the laws of Russia and China. That’s only going to occur when the people themselves take the initiative to access what they want without government interference. If the government won’t cooperate, then the people will have to ignore the government like they do in North Korea.

The biggest threat to censorship is never the government but the people’s acceptance of government laws. Governments can make laws but as long as its own citizens refuse to follow those laws, those laws will be worthless.

Hopefully the people in China and Russia will continue to look for ways to access banned websites. Also hopefully the United States won’t go down the path of oppression and start banning websites they don’t like either. Ultimately, the fate of censorship depends entirely on the people being censored.

What it is: China censors the Internet and other countries are doing so as well, but there are ways to circumvent these restrictions.

Mark Twain reportedly said, “The man who does not read has no advantage over the man who cannot read.” That essentially means that people who deliberately choose not to educate themselves are no better then the people who have no access to education.

In the world of the Internet, many people worry about “fake news” when the real problem is that people often deliberately choose to ignore information from news sources that don’t agree with them and only focus on news sources that support their own beliefs.

That’s why Internet censorship may not be important because if a government censors information, that’s no different than free people deliberately avoiding information. Even though China’s Great Firewall may restrict sites such as YouTube, Twitter, and Instagram from reaching China, that’s no different than people in American only reading news from Breitbart and believing they have all the facts needed to make decisions on national and international events.

Circumventing censorship requires the will to look for alternative information and the tools to circumvent censorship. If you’re willing to look at information from another point of view, even one that may contradict your own beliefs, that takes courage to admit you might possibly be wrong. yet even this courage is meaningless if you don’t also have the means to access information.

For those people concerned about technical censorship restrictions, one of the best tools for avoiding censorship is VPNs (Virtual Private Networks). While some VPNs are free, most charge a free because the subscription cost helps pay for multiple servers located around the world. The main idea behind a VPN is to disguise your location. If you try to directly access a blocked site, censorship tools will stop you. However, if you access a seemingly innocent VPN server, you can now use that server to access another site. Because you’re not directly accessing a banned site, Internet censorship tools often won’t stop you.

To circumvent China’s Great Firewall, you can just subscribe to one of many VPNs that provide servers specifically designed to avoid China’s censorship. That doesn’t mean they’ll work 100% of the time, but it does mean that they increase your chance of accessing banned sites without being tracked online or stopped altogether.

If you look at the above map of free and not-free nations, you can see that China isn’t the only country censoring the Internet. Russia, Cuba, Iran, and Egypt censor the Internet as well. For people living in those countries, the inability to visit banned sites means they see only what their governments allow them to see. In America, people have access to any sites, yet far too many Americans simply ignore their choices and narrow their access to a handful of sites that support their beliefs.

So what’s the difference? In China and other countries, the government is censoring sites. In America and other Western nations, the people willingly censor sites. In China if you don’t know about certain information, it’s not your fault. In the United States if you don’t know about certain information and are unwilling to even look for it, then ignorance is completely your own fault. All the VPNs in the world won’t help someone who refuses to look for information they don’t want to believe in even if it’s true.

The first step to circumventing censorship is the desire to consider all points of views. The second step is using a tool like a VPN to circumvent censorship. It won’t always be easy, but the alternative is deliberate and willful ignorance, and that’s even worse than government censorship.

To read how to use VPNs to circumvent censorship, click here.