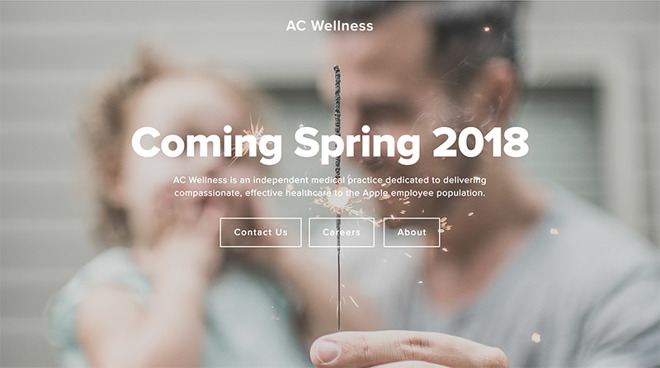 What it is: Apple is running a company called AC Wellness to provide health care to its employees.

There’s a saying in the corporate world that “We eat our own dog food.” That essentially means that the company uses their own products because what better way to get feedback on what works and what doesn’t work than to use their own employees? Yet this simple concept often escapes corporations as they dictate solutions that they never test first.

To get into the growing health care business, Apple is running a company called AC Wellness that will provide health clinics to their own employees. The idea is to create a concierge-like atmosphere for a clinic that focuses on health and wellness rather than dealing with disease and problems after they occur. By testing health procedures and equipment on their own employees, Apple can better learn how to apply new health care practices to the general public.

Health care is such as disjointed mess in the United States that somebody is going to fix this problem and streamline it while gathering profits as a result. Since Apple has a vested interest in the Apple Watch and their frameworks like CareKit and HealthKit, they might as well test their ideas on their own employees to get immediate feedback. Then their own employees can go back and create better hardware or software that meets the needs of actual patients (themselves). This should create a virtuous cycle of constant improvement. Once Apple finalizes the design of AC Wellness, they can offer this company’s services to others.

Health care is the new market that wearable computers will tackle. The Apple Watch can track health symptoms in real-time while the iPhone and Macintosh can store and analyze that data later. Companies like Google, Amazon, and Microsoft are venturing into health care services too, but they all lack the crucial hardware needed to monitor health symptoms. This leaves Apple as the prime source of real-time health monitoring as long as they stay focused and don’t ignore the Apple Watch, HealthKit, and CareKit.

In the future, expect health care to look radical ally different than what it looks like today, and it could come about thanks to wearable computers like the Apple Watch. 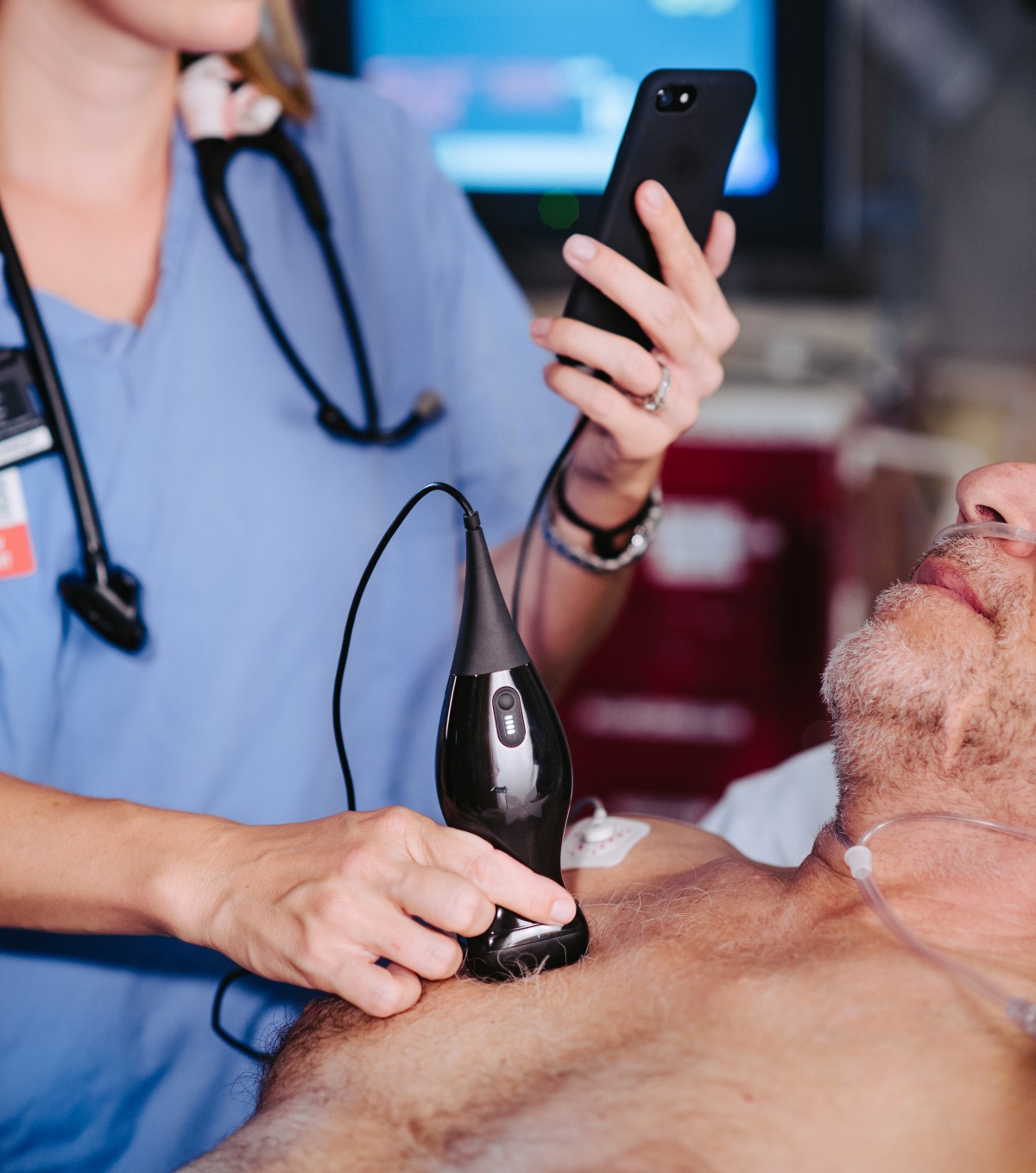 What it is: A doctor used an iPhone along with an ultrasound device to detect his own cancer.

John Martin is a vascular surgeon who just became chief medical officer for a startup called Butterfly Network, which has produced a pocket-sized ultrasound device that works with the iPhone. To test out the ultrasound device, Dr. Martin decided to investigate his own throat, which was feeling uncomfortable lately.

The ultrasound device sent an image to his smartphone, which showed him a dark, three-centimeter mass. “I was enough of a doctor to know I was in trouble,” he says. It was squamous-cell cancer.

With the Apple Watch beginning to dominate the real-time health monitoring market, low-cost devices like an ultrasound, connected to a smartphone, can provide low-cost medical equipment to places around the world that can’t afford the expense or space to buy and store a much larger medical device. handheld medical devices, connected to smartphones, will likely become the norm and  grow in popularity. The low-cost medical devices can give patients the chance to capture images of their own body parts and send them to doctors to examine, eliminating the need to visit a doctor. Or such arrangements could allow doctors to diagnose patients in remote areas and send images to specialists who may live far away.

Smartphones and the iPhone in particular will help usher in a new era of remote health care. It’s not feasible to put a trained doctor with expensive equipment everywhere, but it is feasible to put low-cost medical devices and smartphones everywhere.

Health will drive adoption of the Apple Watch so people can monitor their health in real-time. Health will also drive greater adoption of the iPhone because the iPhone is essentially a computer in your pocket that you can take anywhere. With Apple’s emphasis on privacy and security, it’s likely the iPhone will become the trusted health care smartphone rather than Android because Android’s fragmentation among operating system versions and openness that allows malware to sneak in far too easily.

The health care industry is about to undergo a massive revolution spurred on by the smartphone and the iPhone and Apple Watch in particular. Watch for the resistance from hospitals that make the bulk of their money charging high prices for specialized services that can be largely duplicated with low-cost devices and smartphones. The health revolution is just beginning.

To read more about the doctor who diagnosed his own cancer with a smartphone, click here. 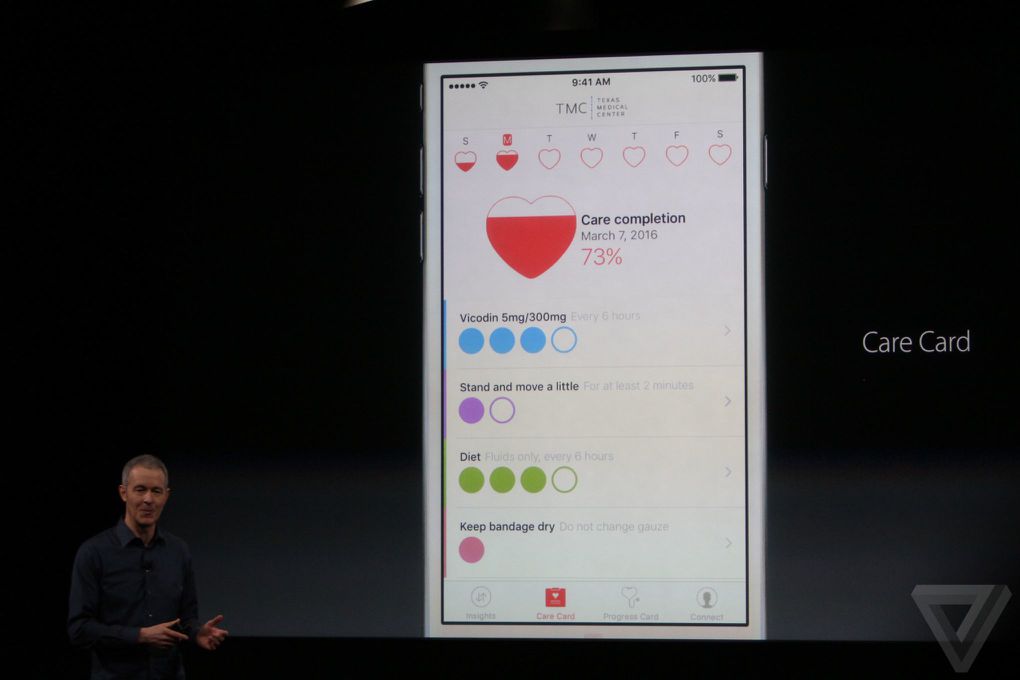 Compare smartphones from different manufacturers and they all basically look and work alike. One slight difference between the iPhone and other smartphones is the quality of the materials put into the iPhone. One much larger difference is the safety of downloading apps from the App Store compared to the much more open and more dangerous world of Android malware infections that can easily trick and infect the unwary.

Beyond the App Store, Apple hopes to make the iPhone even more indispensable by focusing not on just hardware improvements but on software improvements. Anyone c an duplicate hardware, but software is much harder to duplicate, and that’s part of the4 reason why Apple introduced a new developer framework called CareKit.

The main idea behind CareKit is to give developers the ability to retrieve and store personal health information that a person voluntarily gives up to track their daily health. With both an iPhone and Apple Watch, people can get real-time health monitoring information both before exercising and after. CareKit allows developers to create more health-specific apps that will help iPhone users monitor their health. Since everyone is interested in better health (even if they may not be motivated to do anything about it), CareKit helps make tracking health fun, easy, and simple. As a result, more people interested in health will want an iPhone because similar features are currently lacking on Android or Windows Phone devices.

CareKit promises to help further revolutionize health because an iPhone and Apple Watch is essentially a computer watching your body at all times. Texas Medical Center has created a post-operation check list according to Williams, that tracks patients symptoms and uses an accelerometer to measure their range of motion. And Beth Israel Deaconess Medical Center is helping patients with chronic health conditions store data from home monitoring devices.

With the world’s population gradually aging, health is becoming more important. If you want to track and monitor your health, you can get an iPhone and/or Apple Watch, or you can buy a rival product and not get the same level of health monitoring.

The choice is no longer about personal preference in hardware, but in wanting to maintain your health. Apple products offer you a chance to monitor and improve your health. Other products don’t. If you want to live a longer, richer life, which option would you rather choose?