What it is: Apple announced that the Macintosh will shift from Intel processors to Apple’s own processors.

While this shift is necessary for Apple to continue innovating the Macintosh, it’s going to rip the guts out of third-party development tools. Right now, Apple has plans to support the transition from Intel-based Macs to Apple’s own processor-based Macs. That means all of Apple’s own software needs to run on both Intel and ARM processors.

So Xcode will be able to run on the new ARM-based Macs and create apps for ARM-based Macs. That means every third-party development tool is in trouble.

There’s along list of third-party development tools that offer different advantages over Xcode. Xamarin lets you use C#, which is Microsoft’s official language. By using Xamarin, you can create iOS apps on a Windows PC.

The third-party development tool market is now in serious trouble because why would you bother working with a tool that won’t run on ARM-based Macs and won’t let you create Intel and ARM binaries?

Xamarin might survive since Microsoft can likely get their tool to run on ARM-based Macs, but smaller third-party development tools like Xojo and Livecode probably won’t make the shift. That means they’ll likely fade away over time.

So if you’re looking to develop apps, your only choice really is Xcode. Nothing else will offer the features that Xcode will offer from day one, which means Xcode should be the only development tool worth learning.

Apple’s shift to ARM-based Macs is exciting because it means the Macintosh will gain a tremendous amount of features along with longer battery life and lower cost. While the future of the Macintosh is bright, the future of other development tools is not.

What it is: The latest rumor suggests Xcode will be able to run on iOS soon.

Apple has been trying to convince everyone that the iPad can be a replacement for a computer. In many cases it can, but one area where it cannot is in software development.

Right now you need to run Xcode on a Macintosh to create iOS apps. That causes a problem since that also means you must test your iOS apps on a separate iOS device or inside the (buggy) iOS simulator program that comes with Xcode.

Now the latest rumor is that Apple will bring Xcode to iOS, which only makes sense so this rumor is just a matter of time. With Xcode able to run on iOS, people will be able to develop iOS apps directly on an iPad. That will go a long way towards creating more iOS apps since you no longer will need both an iOS device and a Macintosh.

Here are two ways Apple could port Xcode to iOS. First, they could do a straight port of Xcode, which would mean Xcode on iOS would be able to use Swift or Objective-C and be able to create Macintosh programs just like Xcode on the Mac.

This makes little sense so it’s far more likely that Apple will strip Xcode on iOS of its ability to create Macintosh programs and/or use Objective-C. This will create a leaner version of Xcode that’s not saddled with old NextStep frameworks for Objective-C and Macintosh development.

So if you want to take advantage of Xcode for iOS, you’ll need the latest iPad model (preferably an iPad Pro) and an external keyboard. Then focus solely on Swift and iOS development.

Most likely Apple will keep Xcode on the Macintosh to let you create Macintosh, iOS, tvOS, and watchOS and let Xcode on iOs focus solely on iOS development initially.

The Macintosh will eventually switch to the ARM processor (which powers iOS devices) so it’s only a matter of time before Xcode on iOS will run on ARM-powered Macintosh computers.

The future is ARM processors and iOS, not Intel processors in the Macintosh. If you’re serious about iOS development, be ready to jump on Xcode on iOS as early as this summer.

To learn more about the potential of Xcode on iOS, click here.

What it is: Rovio Entertainment, the makers of the popular Angry Birds game, uses artificial intelligence to track user data.

By tracking which parts of a video game players find most compelling and which parts players dislike, Rovio Entertainment can use artificial intelligence to fine-tune their future releases. This is no different than what Amazon, Google, or Facebook does when they track your activity so they know how to serve up ads uniquely tailored to you, increasing the chance that you’ll actually click on an ad and buy something.

If you’re trying to come up with a video game (or any app for that matter), think of ways artificial intelligence can track user’s behavior so you can better create an app that provides the most value to your users.

If artificial intelligence can be respond to Internet browsing and now video games, it’s only a matter of time before artificial intelligence will continue helping shape the future. That’s not necessarily good or bad (think of then Russian meddling in the 2016 election), but once companies get a taste of mining data to make predictions, it will be impossible to get them to stop.

Tracking user behavior is the future whether it comes through tracking website visits, game playing, online shopping, or posting ideas for others to read. Everything you do can and will be analyzed for the future. So take time now to understand how this works so you’ll be able to master the benefits of artificial intelligence without becoming a victim of its consequences.

What it is: Apple acquired Pullstring, a company that lets users create and publish voice-activated apps.

Pullstring’s website claims that their Converse program lets you “Build your conversation visually.” By defining conversation blocks and customizing them, you can define a user’s experience through your voice application.

Right now, Apple offers SiriKit, which lets you add Siri to your apps, but SiriKit is limited to specific domains such as messaging or payments. You can’t customize Siri beyond a limited range of domains that Siri can understand.

For HomePod, Pullstring’s technology allows users to customize Siri on HomePod to allow voice control programming in a simple manner.

Pullstring’s acquisition is a major one much like Apple’s acquisition of Metaio, which introduced augmented reality. Pullstring will introduce then world to voice-activated programming and app development, and could be as important as Apple’s original HyperCard in letting people create custom programs.

All we have to do is wait a few years to see what happens, but when Apple introduces voice-activated coding, nobody should be surprised. 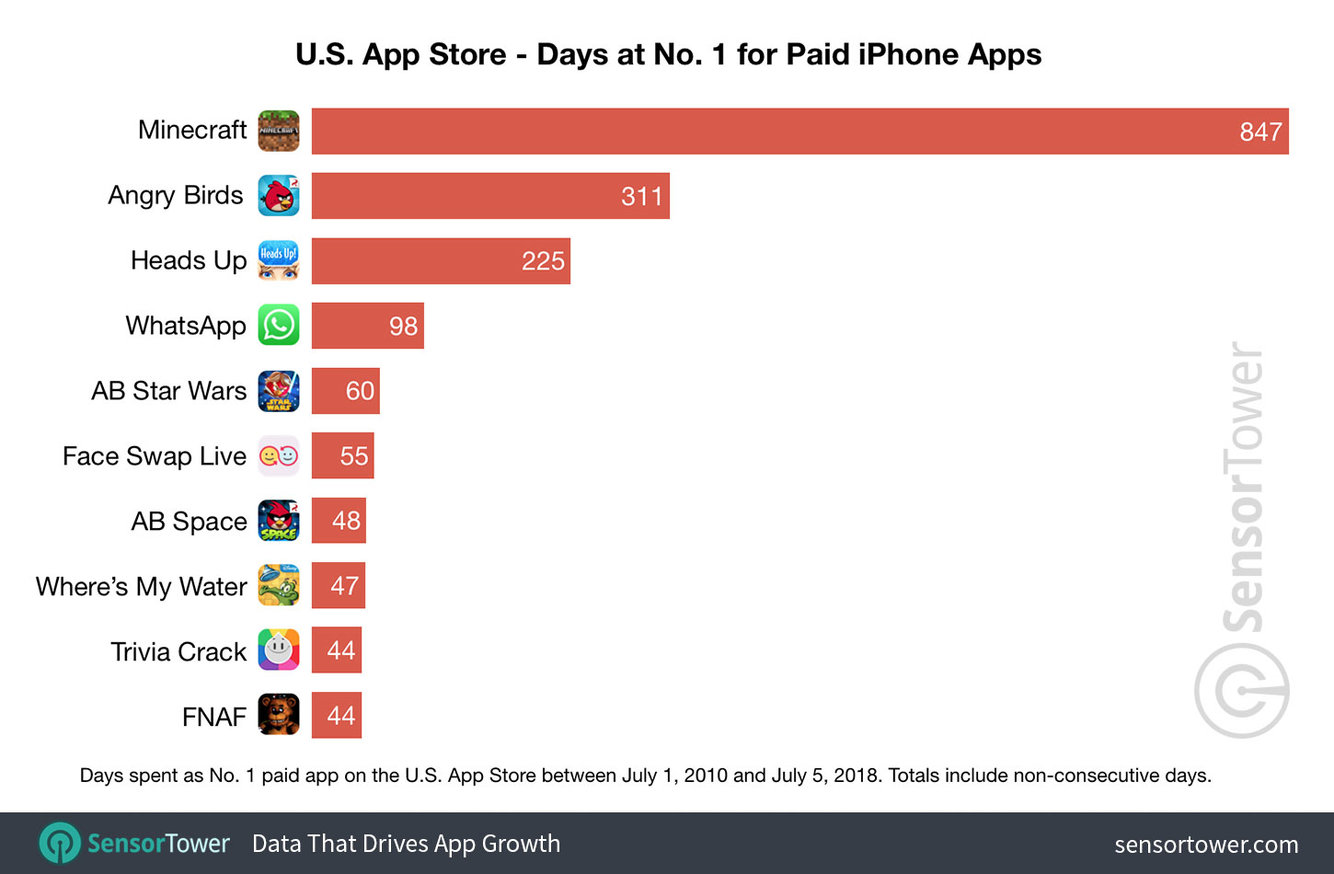 What it is: Apple will soon release a tool making it easy for iOS apps to run on macOS.

These iOS ports aren’t simply duplicating iOS apps on maCOS but to make it easy to create native macOS apps from iOS apps. Apple has done this with their own apps (News and Stocks) but the macOS versions of these apps will offer slightly different features that make them unique to macOS. By doing this, iOS apps won’t just look like boring duplicates of iOS apps that don’t quite feel or look right on a Macintosh.

Developers can quickly port their iOS apps to macOS but then they’ll need to modify their apps for the Macintosh screen, mouse, and keyboard. So if you’re looking to create an app, it would make the most sense to start with iOS and then port to macOS. Not only is iOS a larger and more lucrative market, but porting apps from macOS to iOS may be harder since you have to focus on touch screen interaction. It’s easy to adopt an app to go from a touch screen to a mouse and keyboard. It’s not as easy to go the other way since making a mouse and keyboard interface int o a touch screen can lead to awkward user interface designs. Just look at Windows 8.

Of course, developers can get lazy and simply do a port from iOS to macOS, but then their macOS app won’t look and feel optimized for the Macintosh screen, which will likely result in poor adoption. The bottom line is that this new software framework will help boost the number of useful apps available for the Macintosh.

To read more about Apple’s software framework that allows porting from iOS to macOS, click here.