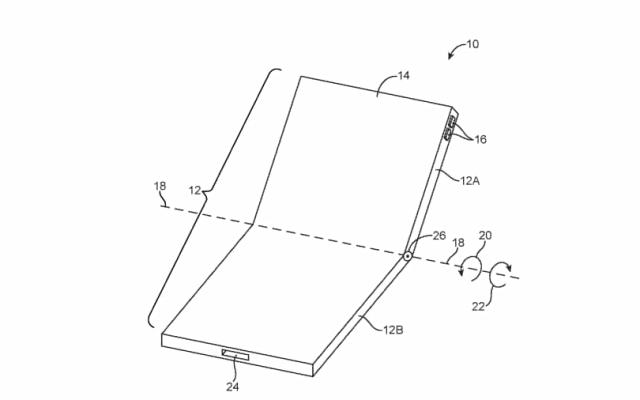 What it is: Apple recently piled a second patent for a foldable phone.

The future is easy to spot if you just open your eyes and watch with no preconceived judgements. At one time, most people used a PC for everything so it was only natural that people thought PCs would be around forever. They’re still around but now everyone has shifted to mobile computers in the form of smartphones and tablets.

The problem with smartphones and tablets is that they’re bulky to lug around. Smartphones initially started off small but started to grow in size until now they can barely be used with one hand. Of course, smartphones can’t keep growing because there’s a limit to the size of any phone you can conveniently carry. That’s why Apple and other companies are looking at foldable phones as the future.

In the early days of mobile phones, flip phones were popular because they bent in half but opened to provide a full-size phone when needed. Foldable phones will provide that same option. So instead of lugging around a huge smartphone, you can carry a smartphone half its size, then fold it open to use it when you need it. When you no longer need it, just fold it back down again.

Foldable phones will initially be inferior to today’s phablet phones because the hinge will cause the screen to offer lower resolution. As foldable screen technology improves, then the screen resolution and quality will keep increasing until it nearly equals or even surpasses the quality of today’s phablet phones. When that happens, foldable phones will have taken over for good.

Foldable phones are inevitable because we can’t keep carrying massive smartphones around any more and there’s only so large a smartphone can get before it becomes too unwieldy to carry and use. The future is foldable phones. It’s just a matter of wondering when they’ll arrive in the next few years.