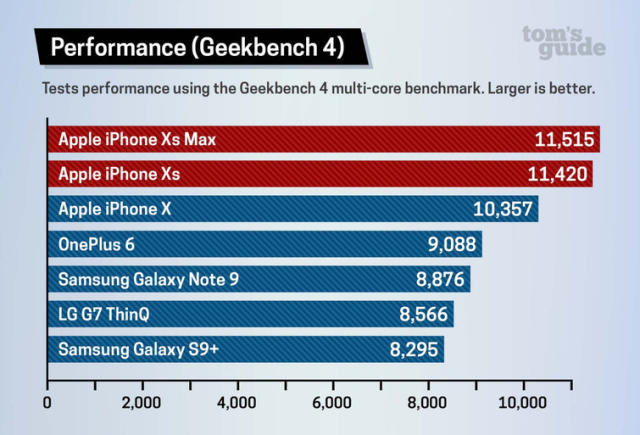 What it is: Apple’s latest A12 Bionic processor appears to be the fastest mobile processor on the market.

For the longest time, Android manufacturers tried to compete against the iPhone using technical specifications. By touting the amount of RAM or screen size they offered, they tried to show how they had an advantage over the iPhone. However, one area where Android device makers are falling further and further behind is processing speed.

That’s because Apple designs their own processors while Android device makers have to buy off the shelf components from other companies such as Qualcomm. That means Apple can optimize their processor for their operating system but Qualcomm cannot.

The end result is that Apple’s latest A12 Bionic processor is noticeably faster than any current Android device on the market. Over time, this speed difference will likely continue increasing.

While raw speed by itself isn’t that important, speed makes a device more responsive and more capable of doing tougher tasks. That means the latest iPhones will simply feel faster and more capable than competing android devices.

To read more about the latest benchmarks for the iPhone, click here.

« First Pictures Captured by iPhone Xs
The Future of Driving »