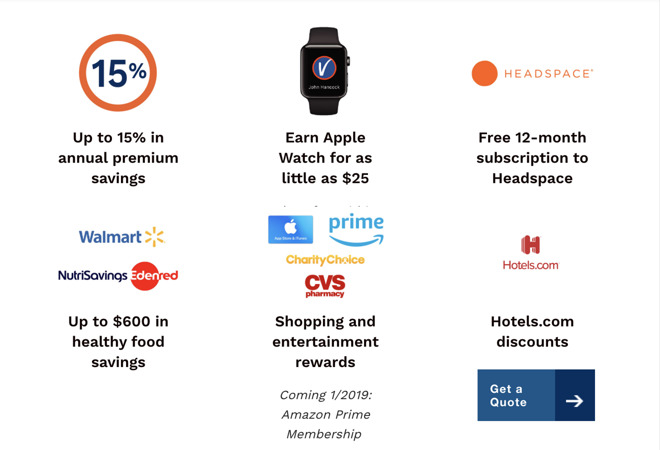 What it is: John Hancock is offering lower life insurance premiums for people who use a wearable computer to track their health.

Insurance companies are in the business of making money and to do that, they need more people to pay in than they pay out. To avoid paying out claims in life insurance, John Hancock is turning to an “interactive life insurance” policy. That means if people exercise and track their health using a wearable computer like an Apple Watch, their life insurance premiums will be lower.

For anyone still confused about the purpose of the Apple Watch, think real-time health monitoring. If you’re concerned about staying healthy and alive, then you need an Apple Watch. For those critics who don’t care about staying healthy or alive, feel free to ignore the benefits of wearable computers and take yourself out of the gene pool prematurely.

The wearable computer market is the next hot market after the mobile market of smartphones and tablets. At Apple’s last event on September 12, the company introduced new iPhones but the Apple Watch stole the show. Eventually, more wearable computers such as smart glasses will steal the show too, and the iPhone will just become another commodity like the Macintosh.

To read more about how John Hancock is using the Apple Watch as an incentive to lower insurance costs, click here.

« The Future of Driving
Museums: The Next Frontier for Augmented Reality »