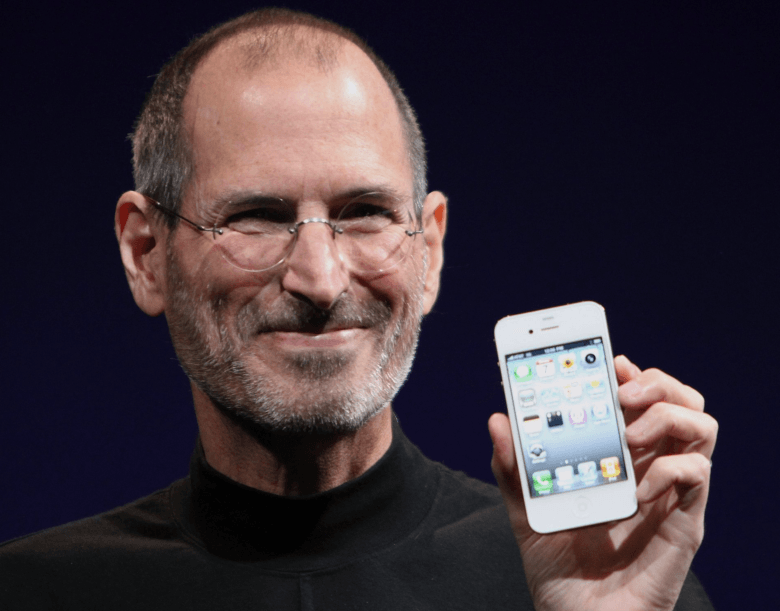 What it is: Steve Jobs initially didn’t want to design a smartphone, but he changed his mind.

When Steve Jobs returned to Apple, he was focused on building up the market share for the Macintosh. That meant streamlining the Macintosh models and eliminating distractions that didn’t make much money but sucked up a lot of resources like the Newton hand held device. Yet today, Apple is known mostly for being an iPhone company. How did that happen?

First, Microsoft had been pushing Tablet PCs for years, which were essentially laptops with screens that swiveled to fold flat and allow your o hold and use a laptop as a tablet. Unfortunately, this made the laptop hard to hold because it was heavy and not optimized as a tablet. Even worse, there was little software that run on Tablet PCs as tablets, so there was little reason for anyone to use a Tablet PC as a tablet. Since Tablet PCs cost more than traditional laptops, most people simply bought ordinary laptops and ignored Tablet PCs.

Steve Jobs wanted to show how a tablet should be designed so Apple started working on what’s now known as the iPad. The idea was to design a tablet that would work as a tablet, and not be a clumsy combination of a laptop and a tablet. While developing the touch screen interface of the iPad, Apple started looking at smartphones.

Steve Jobs was initially against the iPhone because he didn’t think Apple could sell many of them. The main reason he changed his mind was because he realized that the iPod was doomed. Smartphones were the future and eventually people would use smartphones to play and listen to music and not carry around a separate iPod. Because the iPod had no future, Steve Jobs knew the iPhone would have to replace it. By using the iPad as inspiration, Apple created the iPhone with a touch screen interface.

Initially, few people cared about the iPhone but as its popularity grew, competitors realized that the smartphone future lay in touch screen interfaces, not buttons like Blackberries. Once Apple got familiar with the iPhone, they easily transitioned to the iPad, which no other smartphone maker could do gracefully.

Because Apple had started with the iPad and redesigned it for the iPhone, making a tablet was easy since it used the exact same operating system. In comparison, Google struggled to make Android work on tablets and Microsoft didn’t even bother trying to convert their Windows Phone operating systems for tablets. Instead, Microsoft created Windows RT for tablets, which bombed in the market.

The lesson is simple. Look for what might replace a product and then be the ones to replace that product. Apple did it with the iPhone and now nobody cares about the iPod. What will replace the computer of today? Apple hopes it will be the iPad eventually, but we’ll see if that turns out or not.

To read more about the history of the iPhone, click here.