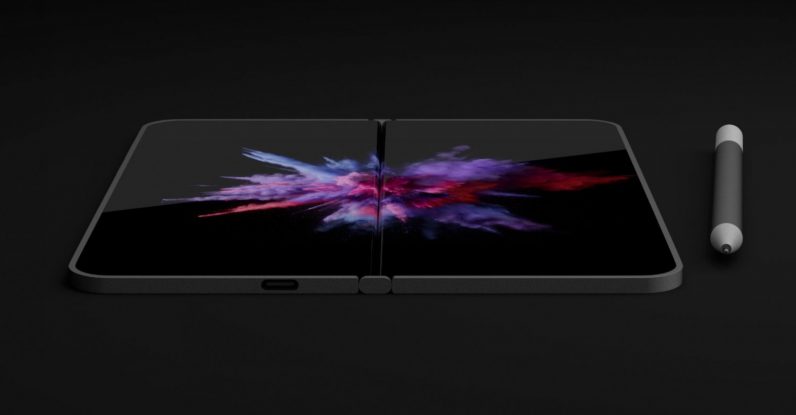 What it is: Microsoft has a rumored foldable computer called Andromeda.

At one time, Microsoft shared dominance of the smartphone market with Nokia and Blackberry with their Windows Mobile operating system that they even licensed to Palm Computing at one time. Then Apple introduced the iPhone and made all smartphones up to that point obsolete. Microsoft tried to get back into the mobile market with Windows Phone and then tried to take on the iPad in the tablet market with Windows RT. Both flopped.

Now Microsoft is rumored to be working on Andromeda, a folding computer that consists of two screens, similar to Microsoft’s Courier project years ago. That shows Microsoft has been experimenting with dual screen devices for years. While some people want Microsoft to release this rumored Andromeda device, others believe this device may never reach the market because there’s no need for it.

According to the latest rumors, Andromeda is meant to be a folding computer you can fit in a pocket. It’s not designed as a smartphone but as a companion device. Right away, people may wonder do they need to carry another device besides a smartphone? Some people carry tablets but the bulk of carrying a tablet makes them impractical in many cases. Thats’s where Andromeda’s folding concept comes into play.

Ideally, this device would fold to be easy to carry, yet fold open to be useful. However, will the split between the screen make this device clumsier to use than a regular tablet? Will the convenience of folding a device in half make up for a clumsiness of a screen split in two? Even more importantly, what type of operating system will Andromeda use? Will it rely on Intel x86 processors to remain compatible with most windows programs or will it use ARM processors for maximum energy efficiency?

Andromeda looks like an interesting concept, but how much will it cost and will people embrace it? As a substitute for an iPad, Andromeda’s main advantage is its smaller size when folded in half. Andromeda’s main drawback is that if it relies on Windows, it will likely be clumsy to use on a device without a keyboard.

Ultimately, the question boils down to whether Andromeda solves a pressing need at the right price for most people. The device looks interesting but if the price is too high, it won’t sell. If the price is reasonable but the device doesn’t seem to solve any pressing problems, then sales will be weak.

Andromeda is an interesting concept that will likely be revised by other companies, but for now, it may just be a prototype that will never become a real product.