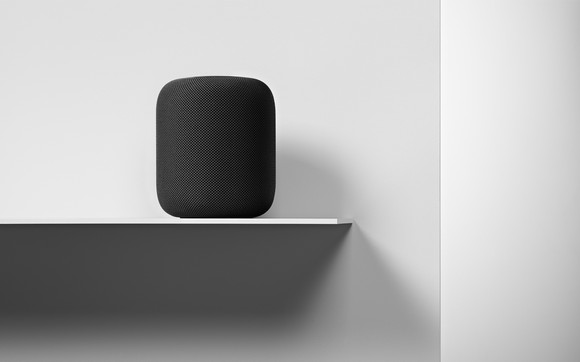 What it is: Apple reportedly holds 6% share of the smart speaker market.

Amazon helped define the smart speaker market and Google and Apple followed. The basic idea behind a smart speaker is that it sits on the counter and lets you talk to it through a voice assistant like Alexa or Siri. The big question is what do most people use a smart speaker for?

One way to look at a smart speaker is to think of it was a two-way radio. With traditional radio, you can listen to weather and traffic reports, but if you miss a weather or traffic report, you can’t ask the radio to repeat that information again. If you tune in late, then you might miss a traffic or weather report. Radio is a broadcasting medium that’s one-way.

So you can see that the smart speaker concept is still in its infancy. Apple is promoting its HomePod as offering superior audio quality, and they’re right. The trouble is not everyone values superior audio quality. Amazon’s Echo is cheap and that makes it easy for people to buy one. Yet what will they do with one once they get it? Will they tire of it? Find it’s not as useful as they thought? At the very least, they’ll be out only a small amount of cash. Buying Apple’s HomePod and not finding it useful means losing a much greater amount of money.

The smart speaker market is still shifting to find its niche. Right now, Amazon is dominating because of its low cost. Apple’s HomePod will only appeal to a small niche of Apple users who value superior audio quality. That means the smart home concept is still lagging and the full use of two-way radio hasn’t been explored yet.

Smart speakers are useful, but they haven’t found their “killer app” yet that makes people rush out and buy one for its features. tomorrow that will change but for today, smart speakers aren’t a must-have buy for anyone.