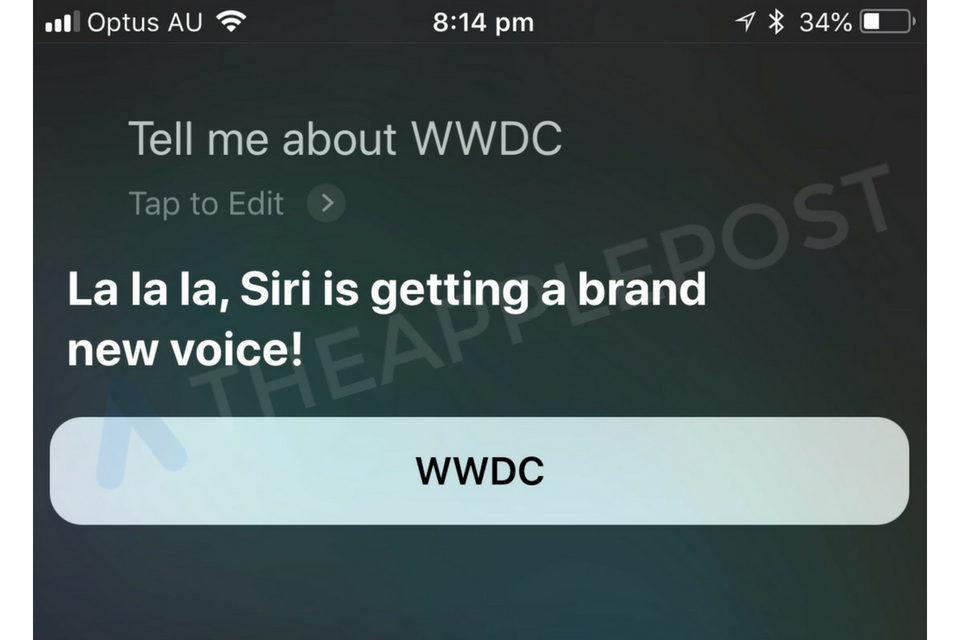 What it is: Siri has given clues as to upcoming improvements.

Every year at Apple’s Worldwide Developer’s Conference, they reveal new software updates, features, and sometimes even new products. This year, Apple’s focus seems to be on improving Siri, their voice assistant. The huge problem with Siri is that while it was the first voice assistant on the market, it’s no longer considered the best compared to Amazon’s Alexa. Even though Siri understands more languages, Alexa is considered more conversational.

So Apple will likely improve Siri’s capabilities because that’s one of the weakest features of HomePod. Perhaps what Apple should really consider is how many people rely on Siri through an iPhone, Macintosh, Apple Watch, or HomePod. Each use of Siri will likely be slightly different.

For example, Siri on HomePod will likely focus on getting news or controlling devices in a smart home. That’s slightly different from someone using Siri on an iPhone or a Macintosh. On an iPhone, someone might use Siri to get directions to a restaurant or park. On a Macintosh, someone might use Siri to retrieve contact data or to open a program. For Apple to improve Siri, they need to improve Siri’s understanding of context and the ability of Siri to respond intelligently to more types of questions.

HomePod has gotten rave reviews for audio quality but poor marks for Siri. By massively improving Siri, Apple can massively improve HomePod. Siri’s capabilities are holding HomePod back but not affecting iPhone sales. That brings up the question on whether people use Siri often or not.

To read more about Siri’s hints of improvements, click here.

« What Are Smart Speakers For?
Meltdown and Spectre Processor Flaws »