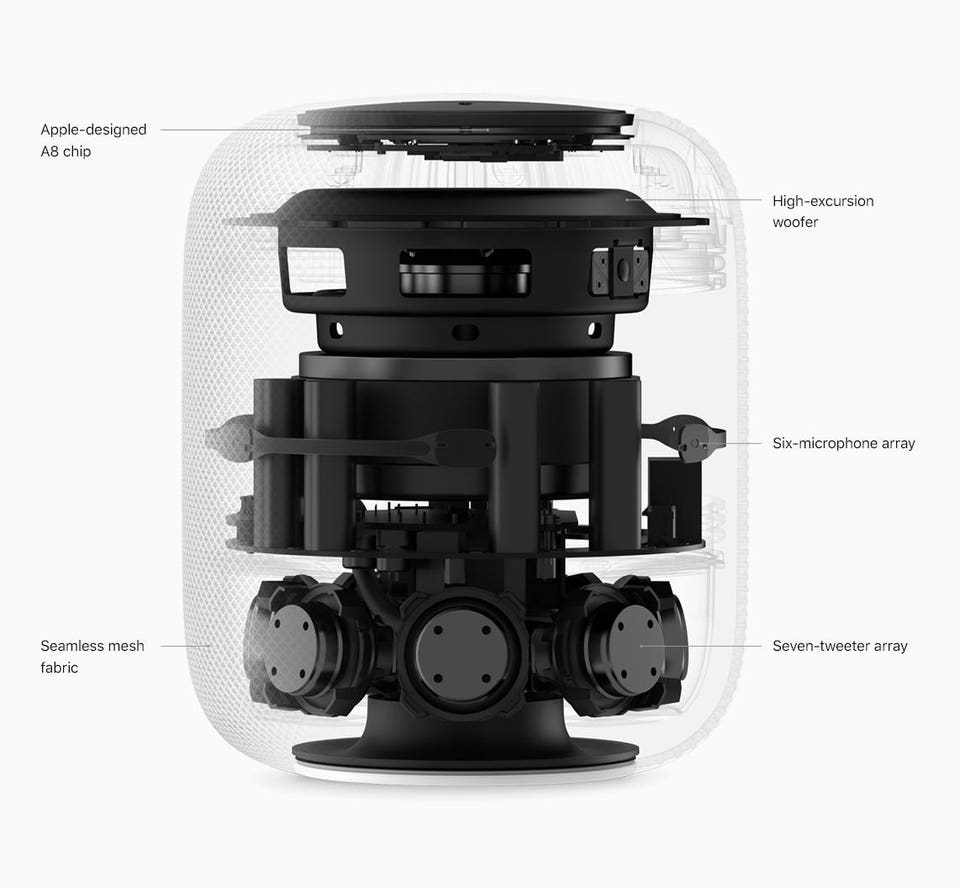 What it is: HomePod has an A8 processor that makes it essentially a computer-controlled speaker.

Amazon came first with their Echo devices that are inexpensive and focus on offering voice-assistant commands. With an Echo, you can ask questions and listen to music. For most people, that’s all they want a smart speaker to do just like people in the old days used to think a Nokia or Blackberry phone was what they wanted and needed in a smartphone.

The introduction of the iPhone showed people what a real smartphone could do, and that has influenced smartphone design ever since. The same will likely happen with HomePod. HomePod is the first real smart speaker because it has a computer processor analyzing sound in real-time. This allows the speaker to analyze the audio and present it as best it can in relation to the speaker’s position in a room. That alone accounts for HomePod’s impressive audio qualities. For people who value audio quality, HomePod appears to be the only choice.

If you value voice commands over audio quality, then HomePod likely won’t be your best choice. If you value cost over audio quality, then again, HomePod is not your best choice. HomePod is geared for audiophiles first and everyone else second Once HomePod conquers that niche market, it will need Siri to expand and grow to conquer the rest of the smart speaker market.

HomePod is an evolving product like the Apple Watch. The first generation of the Apple Watch was far less useful than today’s third generation, and the same will likely happen with HomePod. Today’s HomePod will sell well to a limited number of customers, but the second and third generation will sell far better once HomePod reveals its true potential as a hub for controlling a smart home (HomeKit).

Right now, HomePod is a single accessory that works by itself. Pair it with HomeKit and a smart home and HomePod will become far more useful than trying to control a smart home with a smartphone all the time.

Just as the Apple Watch’s future lies in real-time health monitoring, so will HomePod’s future lie with the popularity of smart homes. The big question is what do people need with a smart home that offers them a huge advantage that they’ll want in the future?

To read more about the engineering behind HomePod, click here.