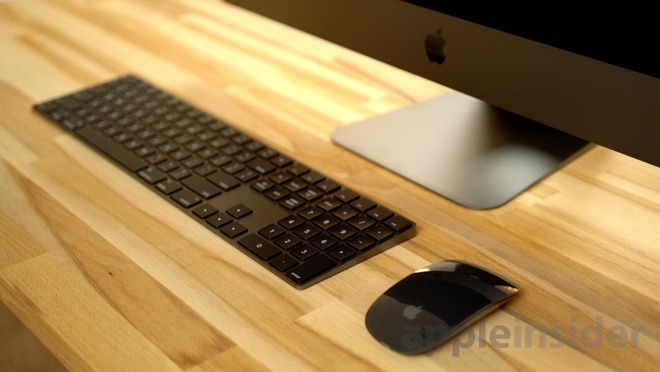 What it is: Apple released their latest professional Macintosh called the iMac Pro, but is this the future?

The iMac Pro is the fastest Macintosh currently available, but despite its speed and power, is this really the future of the Macintosh? One key feature that professionals may not like is that the iMac Pro is not easily upgradeable. That means when you buy an iMac Pro, you better get it with the amount of RAM and storage you expect you’ll ever use because you won’t be able to upgrade the machine on your own. Many people think this could be a huge drawback but it may not be as big a drawback as some people think.

The advantage of having an upgradeable machine is that you can buy additional parts and keep an older machine current at little cost. The disadvantage is that now you have to worry about these new parts working correctly with the rest of your computer. This potential incompatibility headache is what causes problems with Windows PCs that have to work with multiple parts from different manufacturers that use drivers that may conflict with other parts of the computer or operating system.

So upgradeability is nice in theory, but doesn’t always work in actual practice. Still it’s nice to upgrade a machine afterwards, but it’s also a headache if it doesn’t work. Apple promises to release a new Mac Pro in the future that will offer upgradability so the iMac Pro may be targeted for those professionals who don’t plan to upgrade their machines any time in the near future and prefer to just buy a whole new computer years later.

Perhaps he most puzzling feature of the iMac Pro is that it offers a wireless keyboard with a numeric keypad, which the regular iMac does not offer. (The iMac keyboard lacks a numeric keypad.) Even more curious is that some Mac Book Pro laptops offer a Touch Bar that replaces the function keys while a far more versatile touch screen, but the iMac Pro keyboard does not. That raises the big question on whether the Touch Bar will become an integral part of the keyboard for the Macintosh or will remain just a niche for some MacBook Pro laptop models.

Most likely the iMac Pro is a stop gap measure designed to cater to the niche professional market that doesn’t mind the lack of upgradability while the coming Mac Pro will offer full upgradability (for a hefty price). What Apple likely won’t do is offer a Mac mini with more upgradability parts because this will open the incompatibility headaches that plague Windows PCs. By limiting upgradability options to the higher price Mac Pro, Apple will have to deal with fewer problems of incompatibility.