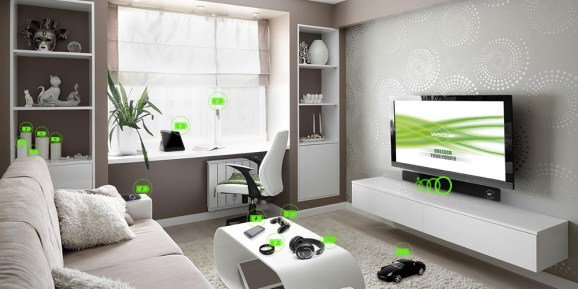 What it is: Apple filed another patent regarding wireless charging

Apple keeps trying to cut the cords on everything. Even their keyboards are mostly wireless now to avoid clutter. Plugging in a typical USB cable can be a nuisance because you need to get the orientation correct, which means you have a 50-50 chance of doing it. That design of the USB port makes no sense at all, which is why Apple designed the Lightning connector to work no matter which way you plug it in. That simply makes the cable easier to use than the traditional USB cable.

Of course, cables themselves are annoying. That’s why the Apple Watch uses a wireless connector that latches on to the back of the Apple Watch to charge it. It’s sort of wireless, but not quite since you still need a wire plugged into the wall. Some companies offer wireless charging that lets you place a smartphone or tablet on a charging pad, which is still similar to the Apple Watch solution in that it’s not completely wireless.

That’s why Apple has been researching true wireless charging, which is where you could plug in a charger and charge your device by placing it near the charger in the same room. This would let you charge your device without plugging it in or placing it on a charging pad. That’s the true goal of wireless charging and that’s where Apple’s latest patent hints all iOS devices will be heading.

Apple’s patent creates a smart charger. Since a wireless charger can detect and charge multiple devices, Apple’s patent lets the charger focus on charging the devices most in need of power. That way the charger doesn’t waste time trying to charge a fully charged device.

Wireless charging is coming this year if not the next. It’s inevitable so be ready to toss your cables away one day. Just as people are gradually adopting Apple’s Lightning connector for iOS devices, so will people gradually dump their Lightning cables for wireless charger in the near future. Wireless charging is the future along with batteries that can store more power and last longer over time. Perhaps the ultimate charger will be solar so you could charge a device just by putting it near light, but that’s much further in the future.

Until then, look for wireless charging coming to the iPhone and iPad soon.