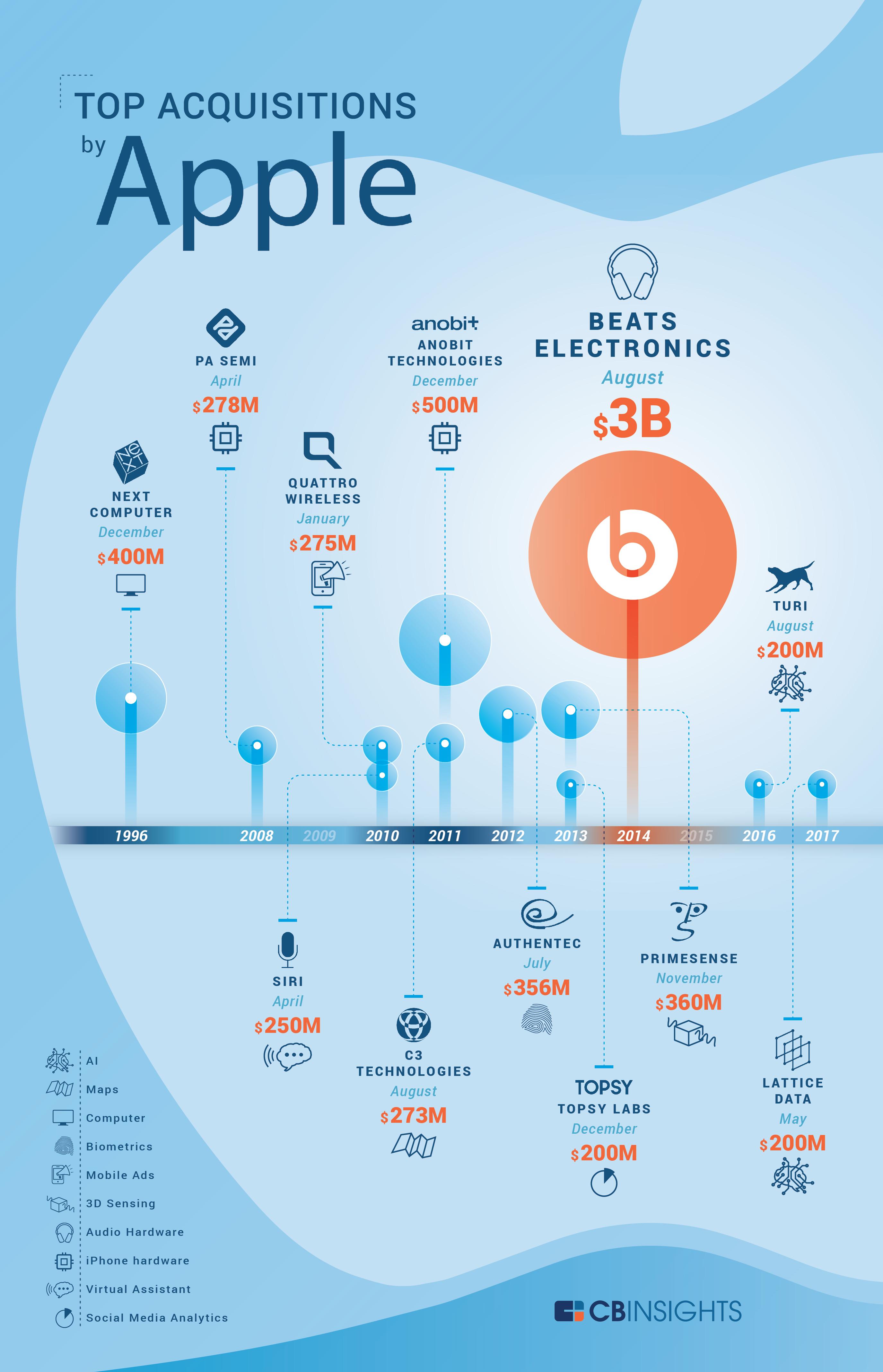 What it is: Apple acquires other companies and that tells you the direction of future products.

If you want to know the future of Apple, watch the companies that Apple acquires. Way back when Apple needed a new operating system, they looked at BeOS and NeXT. They chose NeXT which evolved into OS X (macOS), which also spawned iOS and all other variations including watchOS and tvOS.

When Apple was designing the touch screen interface for the iPhone and iPad, they acquired a company called FingerWorks, which specialized in user interface interaction using fingers. Later when Apple created the voice assistant called Siri, they acquired the company that pioneered voice recognition technology. When Apple needed a secure way to authenticate users, they acquired Authentec for TouchID. Later Apple acquired PrimeSense, the makers of Kinect, to produce FaceID that authenticates users through facial recognition.

Apple acquired Beats for both its audio hardware and its music streaming service. That’s because iTunes, which relied on digital downloads, was falling behind as people were abandoning digital downloads for streaming content, just like they had earlier abandoned tape cassettes and CDs in favor of digital audio files.

The future points to increased artificial intelligence on Apple devices along with different ways of interacting with computers beyond keyboards and touch screens. (Hint: Think of wearable computers like the Apple Watch and Air Pods, not to mention health products like a glucose monitor and improved sensors on the Apple Watch.)

To read more about Apple’s history of acquisitions, click here.