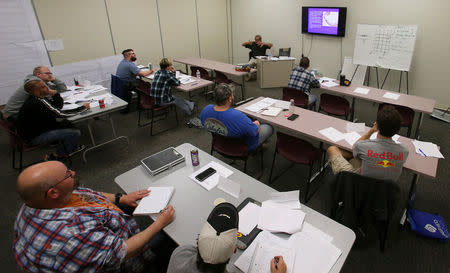 What it is: Coal miners often resist retraining in hopes that coal will make a comeback.

In areas dependent on coal the government tried offering retraining programs to give miners new skills outside of the coal industry. In many places, these retraining programs are failing because coal miners are not signing up to learn new skills for the future. Instead, they’re pinning their hopes that coal will make a comeback. The end result is that new industries won’t move to the area because there are no trained workers and out of work coal miners will stay out of work because there’s weak demand for coal.

The basic problem is that rather than change, people would rather stubbornly resist the future and cling to the past because if the past magically comes back to life, they’ll be ready for it without having to learn or do anything different. The huge problem is that the past is not coming back so waiting for this to happen essentially means missing out on huge opportunities in the future and getting angry about the present.

With the enterprise world embracing iPhones and iPads, the writing is on the wall. The future in the enterprise is no longer Windows PCs but the iPhone and iPad. Anyone who fails to recognize this is simply clinging to the past like coal miners clinging to coal and hoping coal will magically make a comeback. It won’t.

The mainframe and minicomputer market is gone for good. The coal market is dying. The Windows PC market is slowly running out of steam. That leaves the mobile market wide open and with corporations adopting iOS devices, it will soon be the standard.

To read about the hopeless delusions of coal miners wishing their industry will make comeback, click here.