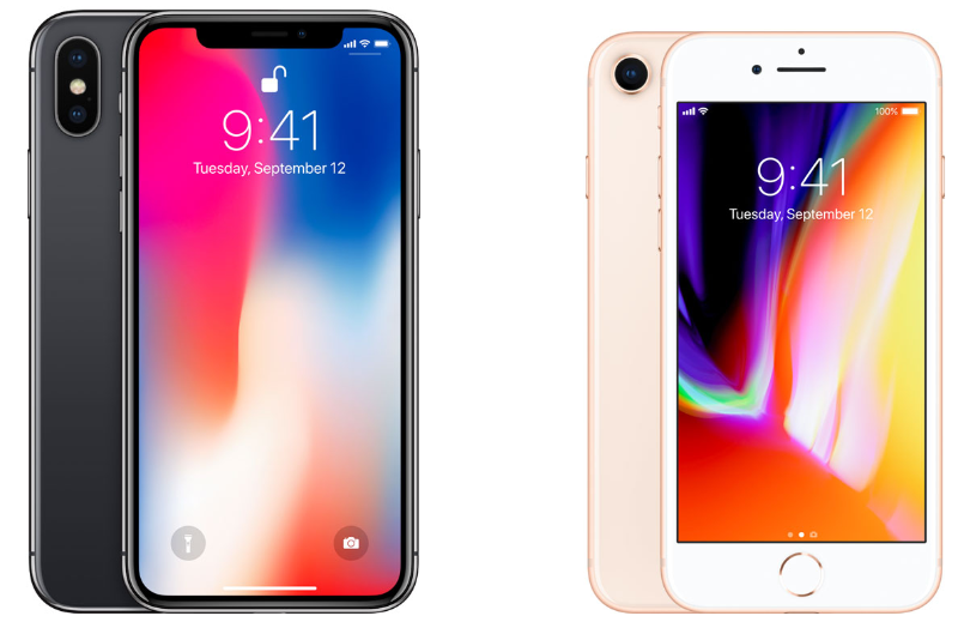 What it is: With Apple releasing the iPhone X along with the iPhone 8, customers have more choices than ever.

Apple has now redefined the smartphone once more with the iPhone X, but they also released the iPhone 8 as well. Essentially the iPhone 8 is an improved version of the current iPhone so if you’re using an iPhone 6 or 7, the iPhone 8 will feel similar to use with TouchID on a Home button along with a similar price. For people who prefer the familiar, an iPhone 8 is a decent upgrade although not necessarily a must-have upgrade if you already have an iPhone 7.

Just remember in another year, the next iPhone will appear and it will likely be an improvement on the iPhone X while the traditional design of the iPhone 8 gets dropped. Most likely, Apple will continue offering an improved iPhone X design while also selling lower cost iPhone 8 models as well to cater to the lower end market.

The iPhone X will define the future of the smartphone, which means facial recognition, no Home button, and a full screen from edge to edge. Compared to the iPhone X, the iPhone 8 is now obsolete. It’s a perfectly fine smartphone. It’s just not the future. If you need the future now, get an iPhone X. If you want to wait, just hold on to your current iPhone especially if it’s an iPhone 7. If you have a really older iPhone such as an iPhone 6 or earlier, you’ll probably want to upgrade to the iPhone 8 and then in another year or two, migrate to the new and improved iPhone X.

The iPhone 8 is a phone for budget-conscious buyers today. The iPhone X is the future of the smartphone. You can get the iPhone X today or tomorrow but eventually, your next smartphone will be based on the iPhone X. Embrace the future when you can afford it. When you finally do, using TouchID or pressing a Home button will suddenly seem as antiquated as using a command-line interface of MS-DOS instead of a graphical user interface like Windows or macOS.

To read more about the differences between an iPhone X and an iPhone 8, click here.

« Training For the Past
Apple’s Latest Earnings »