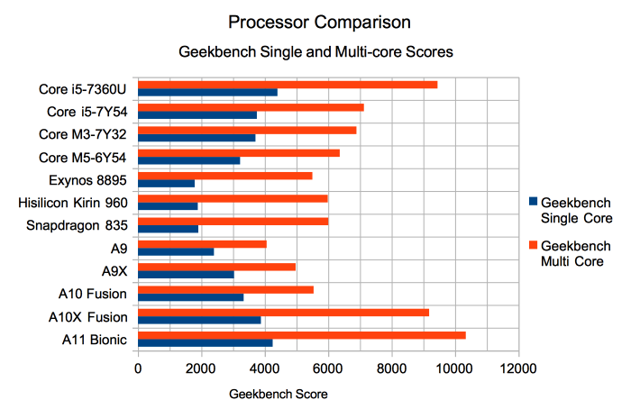 What it is: Apple released the A11 Bionic ARM-based processor that matches some Intel processors.

Mobile computing is the future. Small, lightweight computers will be far more useful than bulky desktop PCs that are tied to a specific location due to their size and weight. Just as few businesses use mainframe or minicomputers any more, expect the world of PCs to slowly disappear as mobile computing takes over, led by ARM-based processors such as Apple’s A-series chips. The future is clear and it’s not Intel any more.

To read more about the performance of Apple’s latest ARM-based processor, click here.