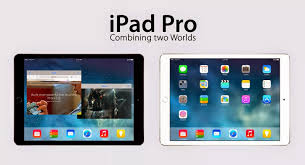 What it is: This fall, Apple will release iOS 11, which offers a file system and multiple windows to iOS and the iPad.

If you’re looking for a mobile computer, you can choose between a traditional laptop such as a MacBook, an iPad Pro, or a 2-in-1 device such as the Microsoft Surface. No device will satisfy everyone so decide what’s most important to you first.

The Microsoft Surface and similar 2-in-1 devices promise to give you the capabilities of a laptop with a tablet, but they’re really laptops first and tablets second. The biggest appeal of such 2-in-1 devices is if you only need to use Windows programs. This is also the drawback because you must live with the limitations of Windows as a tablet operating system. It’s easy to find iPad apps optimized for tablet use. It’s not as easy to find Windows apps optimized for tablet use.

If you want to use Windows as a laptop, then look at a 2-in-1 device. If you don’t want to hassle with the obligatory Windows bloatware (programs pre-installed on a computer) and anti-virus software, then you might be happier getting a MacBook instead.

A MacBook can run the more reliable, less malware-prone macOS operating system so your laptop will be easier and simpler to run. In addition, you can still run Windows as a virtual machine so you can run both Windows and macOS software, giving you a larger software library than a Windows laptop could give you itself.

If you need a laptop, a MacBook may be more expensive than a Windows laptop, but it will be more reliable and more versatile. The problem is if you also need a tablet as well. Then a 2-in-1 device might still be attractive.

For anyone who just needs a tablet, there’s no reason to get anything but an iPad. The best tablet apps are designed for the iPad first and ported to Android second. That’s because Android tablets are generally cheaper in both price and quality, so developers target the more lucrative iOS market first.

Now if you need a tablet and a laptop, you might be tempted to get an iPad Pro. This fall, Apple will release iOS 11, which offers special features that include a file system and app icon Dock similar to macOS that lets you put frequently used app icons at the bottom of the screen for easy access.

Ultimately, here are the main advantages of each type of device:

As iOS matures past version 11, expect the iPad Pro to get more versatile as both a tablet and a laptop. Apple currently sells more iPads than Macintosh computers, so expect this trend to continue. That mans the market for developers will be iOS, which means the most exciting and interesting software will appear on iOS first.

Already Apple’s own augmented reality features are iOS-only so expect this trend to continue. Eventually, iOS will be more attractive than macOS so in the long run, iO?S is the future and macOS is not.

That doesn’t mean macOS will ever go away completely. It just means that macOS will never be as popular or widespread as iOS. That also means eventually the world will shift to the iPad and leave 2-in-1 devices and the Macintosh behind.

To learn more about the laptop-like features in iOS 11, click here.