What it is: As part of their regulatory filings, Apple listed several new products in Russia.

The big question surrounding new Macintosh models is how much will they cost and how expandable will they be? In the past, a Mac mini could easily be expanded by adding new memory chips. The latest Mac mini models soldered the memory chips in so you couldn’t upgrade the RAM yourself, which proved a huge disappointment to many people. This lack of expandability hurts the Macintosh because something as simple as adding more RAM becomes difficult or impossible.

June 5th will let us know exactly what Apple plans to release soon. Until then, we can all hope that Apple actually meets the demands of its customers with these new products. Perhaps Apple may pleasantly surprise us all this year. 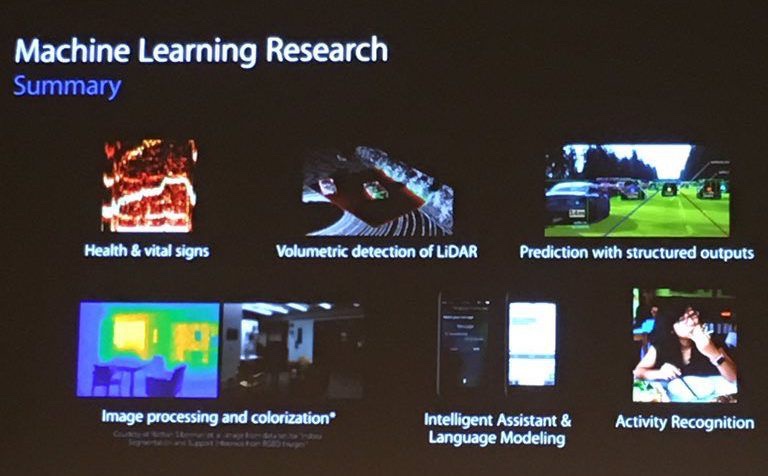 Artificial intelligence (AI) is going to change society from making self-driving cars possible to making face recognition more prevalent. Siri and other natural language interfaces will get smarter about holding conversations and understanding context. Instead of just using a keyboard, you’ll be able to talk to your computer. AI is the key to the future.

That’s why Apple has been busy acquiring companies like TupleJump, Turi, and Perception along RealFace and Lattice Data. What Apple plans to do with all this AI talent remains to be seen, but there’s no question that Apple is serious about pursuing AI as part of their future for their products ranging form the iPhone and iPads to Apple TV, the Apple Watch, and the Macintosh.

One rumor points to Apple developing their own AI chip called a Neural Engine. Right now all AI processing for Siri goes to servers throughout he Internet. The purpose of a special AI chip would allow AI processing right on the device itself.

Of course to achieve this goal, Apple would need more AI knowledge and that’s where all their acquisitions come in. Apple may not be as prominent in AI as Google with their self-driving cars and search engine algorithms, but Apple isn’t going to rely on third-parties for AI any more than they’re relying on third-parties to develop their operating system or processors.

AI is the future and Apple knows it. The big question is how their AI research will pay off in the future. 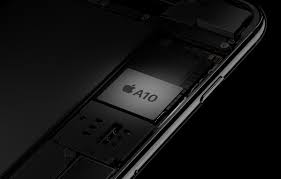 What it is: Apple is rumored to be working on a special processor for artificial intelligence.

At one time, Apple used off-the-sehfl components to make their products. After Apple starting to rely on ARM processors for mobile computers like the iPhone and iPad, rivals started to use the exact same ARM processors. That’s when Apple made their own ARM processors known as the A series of processors. Not only are these A series processors faster than ordinary ARM processors, but they’re also more efficient as well, optimized to run iOS.

Google is already focused on developing a dedicated AI chip too, so expect to see dedicated AI chips popping up in computers of all types in the near future. This means our devices will just continue too get smarter while the average intelligence of the users remains the same.

Will computers get smarter than most people? Looking at the way some people behave, the answer is that some computers have already exceeded the intelligence level of certain people. However a dedicated AI chip will simply accelerate this trend so computers will gradually become smarter and more versatile.

This rumor of a dedicated AI chip form Apple likely is true because if it wasn’t, Apple would simply fall behind Google and other rivals. Apple is moving forward with their own AI chip for the same reason they moved forward with their own ARM processor and their own graphics processor. They want to optimize everything and keep their technology out of the hands of others. This will give Apple products a unique feature that no other rival can match.

Expect more companies to develop dedicated AI chips like Google, Nvidia, and Intel. The problem is that these other dedicated AI chips must be general enough for all types of devices while Apple can optimize their AI chip for specific features in iOS and macOS. A dedicated AI chip is simply going to give Apple more control and more advanced features than rivals will ever hope to offer.

The future for Apple is to build their own parts as much as possible. That will leave their rivals stuck all buying the exact same components so their products will be no different than the other Android products on the market. A dedicated AI chip is inevitable. Expect your smartphone or tablet to one day be nearly as intelligent as you are.

What it is: Diabetics have been waiting so long for technology to help them that many are creating their own solutions instead.

Diabetes is a terrible problem that affects millions of people all over the world. What’s worse is that technology keeps promising solutions but fails to deliver. The end result is that technology of today closely resembles technology of yesterday for treating diabetes. That’s why many diabetics are done waiting for others to solve their problems and are busy hacking technology to come up with their own solutions.

While an open source hardware and software solution could work, especially with so many minds working on it, this also means theres’s a huge potential for any company to come up with technology to help diabetics monitor their health. That means if Apple can get a non-invasive glucose monitor to work on a wearable computer like the Apple Watch, diabetics and other people can easily monitor their glucose levels without painful and annoying technology that they must use today.

The world of medical technology is in its early days, much like the early days of PCs. That means the market is wide open for any company to offer a solution to help millions of diabetics. Whether that solution comes form open source hardware and software or whether it comes from proprietary solutions like the Apple Watch remains to be seen. Without a question, the solution is coming because the market is too big and the demand too strong. Someone’s going to clean up in this market and that will be the major gold rush for the wearable computer market.

Right now wearables are considered luxury items. Athletes may need wearables to monitor their health and many senior citizens may rely on real-time health monitors as well, but for the average person, wearable computers have no purpose. Yet it’s only a matter of time before wearable computers become commonplace to help prevent diseases of all kinds. Perhaps one day wearable computers could detect early symptoms of colds and the flu to prevent or minimize problems before they get out of hand.

Real-time health monitoring is the key to wearable computers. Just as PCs moved from luxury items to necessities for every business, so will wearable computers move from luxury items for a handful of people to necessities for everyone. The Apple Watch is poised to grab a huge share of the real-time health monitoring market. The big question is what will other companies do?

What it is: Apple senior vice president of retail, Angela Ahrendts, wants to make Apple Stores a place for people to meet.

Initially, Apple opened its own stores to sell its products because dealers were too busy selling Windows PCs and mostly neglected the Macintosh and any other Apple products. Now that more people use iPhones, iPads, the Macintosh, and various Apple services like Apple Pay and iCloud, the original purpose for Apple Stores no longer applies. Many stores now sell Apple products.

One way to do that is to provide regular free classes of different types to show people what they can do with an Apple product. for example, one class might focus on editing video on a Macintosh. Another class might teach people how to take pictures with an iPhone. The goal is to draw people into lan Apple Store even if they have no intention of buying an Apple product.

So Angela’s intention to draw people in with classes makes sense, but hoping people will meet at the Apple Store does not. Without drinks, food, and ample seating, not to mention free WiFi, there’s little reason for anyone to meet others at an Apple Store. Also with mobs of people roaming around, it’s hard to hold a conversation in a quiet conversation in an Apple Store.

Angela’s right in redefining the purpose of the Apple Store. It’s no longer needed to sell Apple products. Now it needs to be something else, but a meeting place probably is not it. People may go to an Apple Store for inspiration on how to use their Apple products, but they likely won’t just hang around afterwards.

Many people use Starbucks like another office where they can relax in peace and quietly meet others to chat. An Apple Store will never be a Starbucks because it’s not as conducive to hanging out and working on your laptop at a table.

What it is: Gatwick airport, one of the busiest airports in the world, has installed beacons indoors for indoor navigation.

GPS (Global Positioning System) provides a way to navigate outdoors, but once you go inside a building, GPS is useless. That’s why Gatwick Airport has installed indoor beacons. By tracking the position of beacons around the airport terminal, smartphone users can navigate around the inside of the building.

Indoor beacons are only useful for indoor mapping. You could use beacons to display a cartoon map showing which way to go, or you could use beacons to help created augmented reality. Instead of looking at a cartoon image of a building, hold up your smartphone and look at augmented reality showing you the directions to go inside the actual building you’re standing in.

Seeing augmented reality instructions overlaid across actual images is far more comforting to guide lost travelers than looking at cartoon maps of the same building. That’s because cartoon maps can’t always update to show any changes such as construction inside a building, but augmented reality will always show you the actual location around you.

Beacons by themselves just suggest indoor navigation mapping is coming soon to large, public buildings like airport terminals or museums. Yet once beacons become readily available in stadiums and train stations, the existence of beacons makes it simpler to create and use augmented reality.

Back in 2016, Apple acquired a Finnish company called Indoor.io, which focused exclusively on indoor mapping or large buildings. Indoor mapping will likely be the first and most obvious reason to use augmented reality beyond games like Pokemon GO. Once people see the obvious and convenient uses for augmented reality for indoor navigation inside shopping malls, ball parks, or even cruise ships, they’ll come to rely on indoor navigation directions as much as people currently rely on GPS driving directions.

With so much activity surrounding indoor mapping and augmented reality, you can be certain the two will work together to create a new experience for smartphone users. Microsoft’s phone operating system is already pretty much dead due to the lack of app support. Once Apple introduces indoor navigation and mapping to the iPhone, android will have to scramble to keep up with a solution that likely won’t be as refined because it will need to be rushed.

This fall, you’ll likely be able to use an iPhone for indoor navigation courtesy of augmented reality and beacons. When people see this new feature available only on iPhones, they’ll clamor for it on Android as well. It will come to Android eventually, but the iPhone will likely lead the way (again) and show the world that smartphones are more than just improved specifications every year.

Expect indoor mapping to become commonplace soon. This will help bring augmented reality to everyday use to the point where we’ll wonder how we ever got along with it.