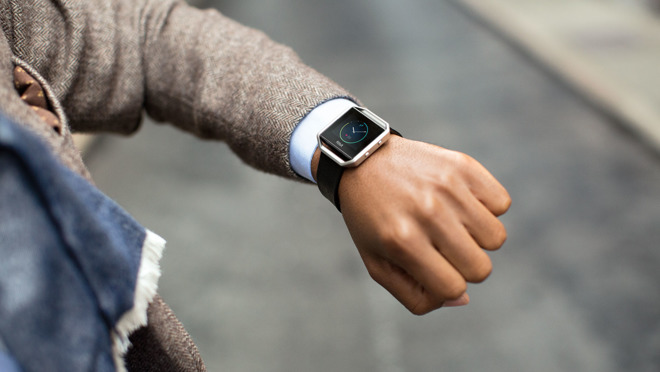 What it is: Fitbit is the latest company trying to compete against the Apple Watch.

Back in the early days of the smartphone, Microsoft, Nokia, and Blackberry roughly divided the market between themselves. Even Palm Computing had mostly given up on their PalmOS and supported Microsoft’s Windows Mobile operating system on their smartphones. Then Apple introduced the iPhone and all three leaders have largely exited the smartphone market.

In the early days of tablets, Microsoft dominated the tiny market with their Tablet PCs, which were bulky laptops tortured into twisting a screen around to lay flat over the keyboard and work as a tablet. These Tablet PCs were heavy, bulky, and not optimized for tablet work. Not surprisingly, they failed to sell. Despite having a nearly decade long lead in tablet technology, the Tablet PCs disappeared as soon as Apple introduced the iPad.

Now that Apple has released the Apple Watch, where are the competitors? Google released Android Wear, a wearable version of the Android operating system, but few companies see Android Wear smart watches. Now Fitbit is trying to compete against the Apple Watch with a new smart watch. The problem is this new Fitbit smart watch may not coming with an app store.

Why can’t any company compete against Apple? The answer seems to lie in the fact that companies focus too much on features and not enough on actual performance. Android smartphone manufacturers constantly cram their products with faster processors and more RAM, yet continue to see their products run slower than an iPhone with a slower processor and less RAM. More and better technical specifications mean nothing if the product still doesn’t perform as well, and that’s the key ingredient missing from Apple rivals’ products.

Far too many companies focus on price and technical specifications. For the most part, Apple focuses on user experience. You have to pay for it with generally higher prices for an Apple product, but even the staunchest Apple critics will admit that the quality of Apple products exceeds the far cheaper rival products put out by other companies. Nobody’s going to mistake a fire Android smartphone with the top of the line iPhone model. Likewise, nobody’s going to think a Fitbit smart watch is equal or superior to an Apple Watch.

To read more about Fitbit’s entry into the smart watch category, click here.