What it is: Apple neglected the Mac Pro and professional users for years. Now this may be changing.

Professional computer users need power while ordinary users want a low price. For some odd reason, Apple decided to focus mostly on ordinary users while ignoring professional users, who have supported the company for years, even when the Macintosh was nearly dead as a computing platform. When Apple introduced the Mac Pro, it was a dazzling piece of hardware although its major flaw was that it had no room for expansion, which is something professional users need. Not surprisingly, the Mac Pro didn’t sell that well to the point where Apple is redesigning the Mac Pro to more closely match the needs of professionals.

Augmented reality will be a feature that will let users aim their iPhone/iPad camera at an object and see something that isn’t there such as a video. For example, imagine pointing your iPhone at a building and seeing a video describing how that building was designed and built. Or aim your iPhone/iPad camera at a baseball player and see a list of his statistics like looking at a baseball trading card.

Expect the next Mac Pro to be a more modular system with plenty of internal expansion capabilities. That means a fast processor, fast memory, large hard disk, and a fast graphics processor. More importantly, that also means you’ll be able to swap out old parts and put in new ones in the future.

Like today’s Mac Pro that costs at least $3,000 and up, tomorrow’s Mac Pro will likely be just as expensive. Just keep in mind that Apple also plans to offer high-end iMac models that can also meet the needs of professional users too. The key difference is that a Mac Pro will be expandable but an iMac will not be as easily expandable.

The Mac Pro won’t be for everybody, but it will be for professionals and the features of the Mac Pro today will filter down to the iMac tomorrow. If you ant to get a glimpse of the future, look at what Apple has planned for the Mac Pro.

To read Apple’s official trademark filing for the Mac Pro that hints of its future, click here. 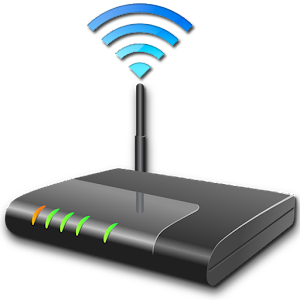 What it is: Apple patented an idea to recharge devices through ordinary WiFi signals.

Wireless charging is coming to mobile and wearable computers. The only question is how will it work? Right now there appears to be two competing wireless charging standards called Qi and AirFuel, but Apple could potentially offer a third option. Instead of forcing everyone to adopt a new charging standard, Apple’s latest patent hints that it could be possible to recharge devices wirelessly through ordinary WiFi routers.

Such an invention, if practical, means that nobody would need to buy special wireless charging equipment. Instead, they would just have to provide more WiFi routers. This would likely require special chips inside of smartphones, tablets, and wearable devices so they could use the existing WiFi signals to recharge their batteries, but if it works, then WiFi wireless charging seems like the simplest way to charge devices without cables.

The key is whether this can work at a distance. Previous wireless charging solutions were relatively pointless in that they required users to place a device on a charging mat to recharge, which essentially just eliminates the need to plug a cable into the recharging device. True wireless charging needs to allow charging at a distance, the longer the better. That way you can keep your devices charged just by strolling through an airport terminal, a library, or a coffeehouse. The days of worrying about low batteries would be over just as long as you could get to a free WiFi hotspot. Whether WiFi charging will be practical or not remains to be seen, but it does hint that WiFi could be useful for more than just accessing the Internet. 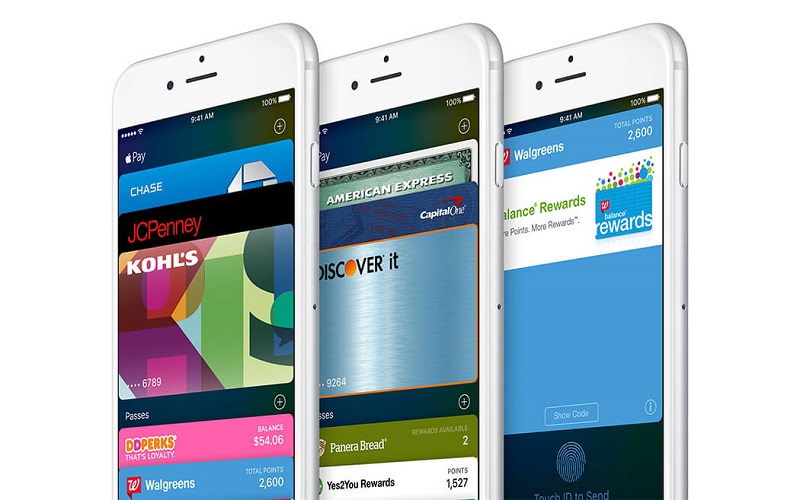 What it is: Apple is rumored to be developing a mobile payment system where people can send money to each other.

People in North America and Europe often like to think they’re always on the cutting edge of technology and developments, but that’s not always the case. For decades, leading countries had excellent telephone services due to landlines strung across the country, but Third World nations lacked the infrastructure to support landline telephones. So when cellular telephones became available, Third World countries adopted them at a much faster rate than the rest of the world.

One side benefit of everyone having a mobile phone in Africa is that in Kenya, banks were nearly non-existent. Carrying cash was dangerous due to theft and robbers, so Kenya is actually a leader in mobile payments where people can use their cell phones as digital wallets. Now you can pay merchants or friends with electronica cash through a mobile payment system known as M-Pesa. For years, Kenyans have been using M-Pesa instead of carrying cash or credit cards, and now the rest of the world may soon catch up.

Such a system would be free to send money to others to encourage people to use the system. In comparison, merchants typically pay a small percentage of each transaction for Apple Pay. Such a peer-to-peer mobile payment system could renew interest in Apple Pay.

Just as Apple Pay protects your credit card number, this rumored Apple Cash, peer-to-peer payment system would let you securely give money to others without carrying cash. If someone steals your iPhone or iPad, they still won’t be able to access your Apple Pay/Apple Cash account without your password or biometric data such as your fingerprint. Just as M-Pesa has made payments possible without the risk of carrying cash, so can Apple Pay/Apple Cash also make payments between friends safer and simpler without the risk of carrying large amounts of cash at any given moment.

Sometimes to look to the future, you have to look outside of your own world. Apple Cash may seem futuristic until you realize Kenyans have been using such a mobile payment system successfully for years. M-Pesa proves that mobile payment systems can work. Now we just have to wait for Apple Cash to come to the rest of the world as well.

To read about the possibilities of Apple’s mobile payment system, click here.

What it is: The Apple Watch has taken over the wearable computer market, but it’s slowing changing as apple figures out what people really want.

The first iPhone was too expensive, lacked an App Store, and was limited to a small number of carriers around the world. Despite this initial handicap, the iPhone gradually evolved into the smartphone standard. The iPhone wasn’t a huge hit initially, yet once it appeared on the market, Apple could figure out what people wanted from a smartphone and adjust future models accordingly.

The same process is happening with the Apple Watch. When Apple introduced the Apple Watch, they touted it as a fashion accessory, fitness tracker, and platform for new apps. Now that the Apple Watch has been on the market for two years, Apple is finally figuring out what people value the most from the Apple Watch.

The biggest appeal of the Apple Watch is real-time health monitoring, and that’s best done without the user consciously interacting with it. Just strap an Apple Watch to your wrist and check your health progress during the day. By the end of the day, you can see if you met your fitness goals or not. By being more passive in nature, the Apple Watch is also more valuable in performing tasks in the background.

The Apple Watch will continue to evolve, but it’s core advantages remain real-time health monitoring and tactile input, which can be especially handy for driving directions as the Apple Watch taps your wrist to tell you when to turn left or right. Both of these features are ideally suited for wearable computers like the Apple Watch and available in much clumsier form on mobile devices like smartphones and tablets.

To read more about the evolution of the Apple Watch, click here.

What it is: Apple recently hired augmented reality expert Jeff Norris from NASA.

That gives a big clue on how augmented reality can be used. for occasional use such as looking up businesses or street names, augmented reality can work fine on an iPhone where you pull out your iPhone, point it at a building or street, and view the overlaid information. When you’re done, you put the iPhone away.

This means that while most of the world is busy focusing on headsets for virtual reality, Apple is far more likely to be developing augmented reality for both the iPhone/iPad and smart glasses as well. One huge drawback with virtual reality headsets is the clumsiness of putting them on and having a device wrapped around your face, blocking your view of the world around you. True smart glasses would need to be smaller and lighter, while letting you see the world around you while also seeing augmented reality overlaid on the lenses in front of your eyes.

Smart glasses must be inconspicuous and light weight so people can use them easily. Today’s virtual reality headsets are simply too bulk for ordinary purposes, but smaller, lighter smart glasses will be far easier for people to use and wear.

If you want to plan for a future career, plan on becoming an augmented reality creator. It will involve part programming and part video and graphics editing. The future will be bright for people willing to embrace the future. If you want a bright future, embrace augmented reality, coming to an Apple device soon.

What it is: Apple recently hired Tim Dashwood, the author of a series of 3D and 360 VR plugins for video editing software.

Two sure-fire ways to predict the future of Apple is to see which companies they’re acquiring and who they’re hiring. Apple’s interest in augmented reality is easy to predict just by looking up old YouTube videos from a German company called Metaio. Apple’s interest in health research and non-invasive sensors was easy to predict just by seeing all the medical researchers Apple hired in the past few years who have expertise in sensor technology for health applications. Apple wouldn’t be acquiring companies and hiring people with specific skills if they didn’t have plans to use those skills and assets in the near future.

A future iPhone is rumored to have a 3D camera, which can be used for facial recognition so it won’t be fooled by showing it a photograph of the real user. A 3D camera could also capture images for easily capturing digital representations of objects for 3D printing. Furthermore, a 3D camera is essential for self-driving technology.