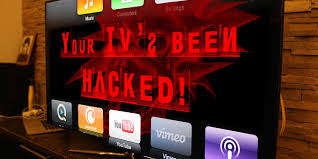 For the longest time, people worried that government surveillance would come in the form of George Orwell’s Big Brother from the novel “1984” where the government would require every citizen to have a two-way tele screen installed in their homes so the government could watch people at all times. What George Orwell and others didn’t realize was that many people would voluntarily put potential surveillance devices in their homes at their own expense.

Amazon’s Echo Dot is popular for providing voice assistance to homes, but it takes no small stretch of the imagination to believe hackers (both individuals and government agencies) could hack into such a device and turn it into a 24 hour listening device that records and captures conversation in the room.

Already webcams on computers are readily available and hacked, allowing hackers to spy on people using their own computers and even listen in using the microphones of those same computers. For anyone to be surprised by the latest Wikileaks revelation is like being surprised to find that fire is hot and water is wet.

When you get any device, it’s going to be hacked by somebody. Smart cars will easily be hacked and the occupants copied upon by the car’s own microphones that let you die voice commands to the car stereo or temperature control system. The real smart car will be one that contains no computer technology linked to a network at all.

As people put more smart devices in their homes like Amazon’s Echo Dot or even ordinary computers, those devices can listen and see what’s going on in that room. Every mobile phone already acts like a tracking beacon for the person carrying it and can even be turned on to listen to nearby conversations.

Essentially, the government doesn’t need to force citizens to install surveillance equipment into their homes because people are voluntarily doing it themselves at their own expense. The key is whether the advantages outweighs the disadvantages.

If you value privacy, then no amount of advantages will likely outweigh the potential threat of being spied upon. Even if you think you aren’t worth spying on, it’s still discomforting to realize that others could watch you or hear your conversations without your knowledge. That can occur with a smart TV, a smartphone, a smart car, or a smart watch.

The hidden cost of technology is the gradual erosion of privacy. That doesn’t have to be a bad thing just as outdoor pubic cameras help catch criminals while also recording our own actions in public places. This trend does show the gradual loss of privacy and the acceptance of this loss in exchange for the advantages technology can offer.

The real key to protecting privacy will never come in the form of a technical solution but in a social one. As long as people understand the drawbacks, they can still protect their privacy through knowledge of what electronic gadgets can potentially do against them. Armed with this understanding, people can intelligently make tradeoffs in their own lives on whatever level they feel comfortable.

The idea that a government can force surveillance on people is going to come true but not in the way most dystopian authors think. Instead, round the clock government surveillance is coming at our own expense and eagerness to own the latest gadgets. This can be both a good and bad thing depending on the rest of society that either exploits this to the detriment of others or helps others deal with these tradeoffs.

The future still lies in our own hands. Now it just requires a little more thinking and a lot less paranoia and fear.

To read more about the latest Wikileaks detailing how the CIA can hack into various gadgets to spy on people, click here.