What it is: The inventor of the World Wide Web, Tim Berners-Lee, wants to find a solution for stopping fake news.

Facebook recently announced plans to flag and limit fake news while Tim Berners-Lee wants regulations to stop fake news. The problem with fake news is that it’s a social problem and you can never solve social problems with technical solutions or legislation. As a result, any attempt to solve fake news will always fall short until people start thinking instead.

The whole idea of fake news is half-truths or outright lies. Yet lies have been at the heart of mass media for centuries. When the battleship U.S.S. Maine blew up in a Cuban harbor, William Randolph Hearsts’s newspapers cheerfully printed sensationalist headlines depicting the cause of the explosion due to Spanish saboteurs. By rushing to judgement and not supplying facts but speculation, Hearsts’s newspapers help convince the American public to support a war against Spain. 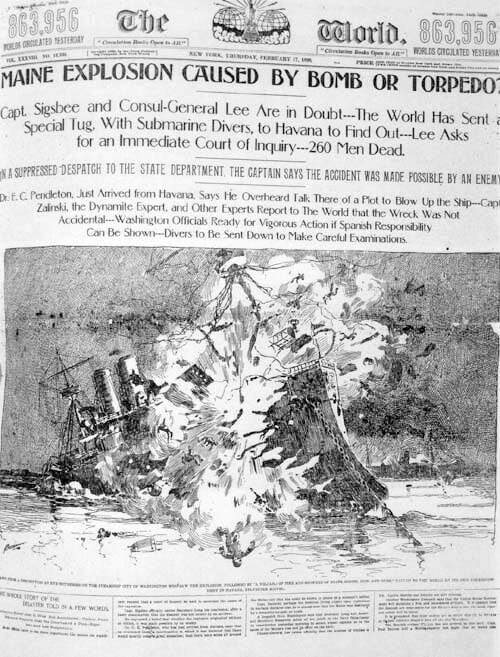 A more recent example of fake news occurred when George W. Bush was trying to drum up support to invade Iraq by convincing the American public that Iraq was responsible for the 9/11 terrorist attacks and that Iraq was on the verge of using chemical weapons to attack the United States. Most newspapers of that time focused solely on speculation with little regard for facts or even offering an alternative point of view disputing Bush’s assertions. If you weren’t supportive of a war against Iraq, many people even called you un-patriotic or a traitor.

Naturally once the Iraq war turned out to be a disaster where Iraq not only didn’t have weapons of mass destruction but wasn’t even involved in the 9/11 terrorist attacks, the media and most people simply forgot about their earlier assertions that Iraq was responsible. Notice how quietly newspapers and the rest of the media still avoids pointing out this fact? Sometimes fake news can be promoting lies but more often fake news simply omits unpleasant truths that people don’t want to discuss or even hear about. Fake news can be both outright fabrication or avoiding the past.

So for Facebook to think that they can use algorithms and machine learning to solve the problem of fake news is simply delusional. For Tim Berners-Lee to think legislation can minimize fake news is also delusional because fake news will exist as along as people create it to influence others, and as long as gullible people believe it because it supports their own way of thinking. You can’t use technology to solve a social problem any more than you can use legal solutions to solve social problems.

The real problem is that people are far too willing to believe what they already believe and far less likely to challenge their own way of thinking. What people need to realize is that they may be wrong and the other side may be right. Because people are so unwilling to examine their own thinking, they readily embrace fake news that supports their point of view while ignoring any facts that contradict their point of view. Fake news is simply wishful thinking, much like believing that Santa Claus or the Easter Bunny is real. If someone believes in Santa Clause, there’s no amount of technology or legislation you can create to make them change their minds.

The real fake news occurs inside each person’s head, and no amount of technology or legislation can ever make a person think clearly.

To read about attempts to minimize fake news on the Internet, click here.