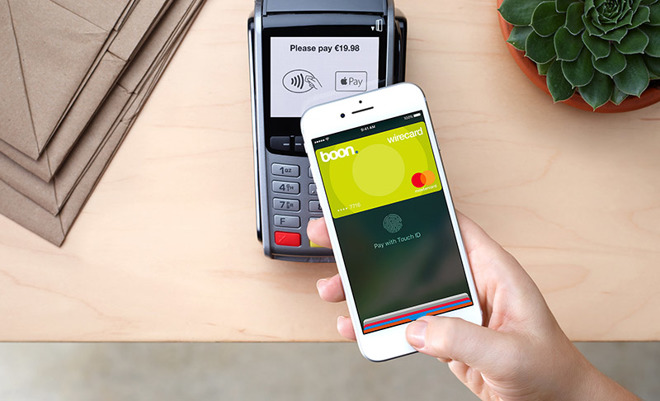 What it is: Apple Pay recently appeared in Ireland and will soon be introduced to Germany and Italy.

While everyone keeps focusing on the latest iPhone developments and rumors, most people forget about the incredibly profitable Apple Pay service that lets Apple Watch, iPhone, iPad, and even Macintosh users use a credit card securely without revealing their credit card number to a retailer. By expanding into other countries, Apple Pay will soon establish itself as the leading mobile payment system with rivals Android Pay and Samsung Pay closely behind.

Besides working on smartphones and tablets, Apple Pay also has an advantage on working with wearable devices (Apple Watch) and computers (Macintosh). With Android Wear still failing to provide a rival to the Apple Watch and Android Pay and Samsung Pay unavailable on PCs, Apple Pay will likely grab more market share in the payment processing business than either Android Pay or Samsung Pay.

The demographics also support Apple Pay over Android Pay and Samsung Pay. In general, buyers of Apple products spend more and have more disposable income, which has the potential of leading to greater and higher use of Apple Pay where Apple earns a percentage of all transactions. In comparison, Android users tend to have less disposable income and spend less, which means less profits for both Android Pay and Samsung Pay. Android Pay could make up for less wealthy users by volume, but Samsung Pay only works on Samsung devices, which aren’t as numerous as the total number of Android devices available.

While Android Pay and Samsung Pay fight each other, Apple Pay keeps growing into new markets. Over time, Apple Pay will likely reach into the major markets in Europe, Asia, and America. By reducing credit card fraud, Apple Pay will be a far more convenient alternative to ordinary credit cards. Already given a choice between Apple Pay or a chip-enabled credit card, it’s often faster to use Apple Pay instead.

The profits from Apple Pay will only keep growing, which means as long as Apple continues selling smartphones, tablets, watches, and computers, they’ll just keep expanding their market even more. If you want to see the future of Apple, don’t just look at the hardware features of the iPhone. Look at how much money Apple is making with Apple Pay.

One day, Apple could earn more money through Apple Pay than they ever will selling hardware.