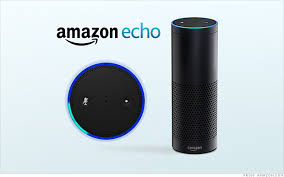 What it is: Amazon Echo is a stand-alone version of a voice-activated assistant much like Apple’s Siri and Microsoft’s Cortana, but be careful of privacy issues.

Apple introduced the first popular voice-activated assistant in Siri and Google, Microsoft, and Amazon quickly offered their own version. Amazon’s Echo in particular is interesting because it’s a stand-alone item that’s always ready just by saying “Alexa.” In comparison, other company’s voice-activated assistants require a computer or mobile device.

While voice-activated assistants do record individual conversations, they only record when you activate it. Although Amazon’s Echo listens at all times, it does not record anything until you activate Alexa. However, there is a threat that hackers could activate an Echo’s microphone in the same way that hackers can secretly activate the microphone and webcam on a computer without your knowledge.

So yes, there is a danger that voice-activated assistants can record your conversations because that’s the data they use to get smarter listening to you. You can delete recorded conversations to avoid keeping a record of what you said, at the expense of degraded performance. And yes, hackers could listen in to your conversations without your knowledge.

The makers of voice-activated assistants aren’t purposely making their products invade your privacy, but they are making it possible for others to abuse your trust. It all boils down to choice. Some people still don’t sue a computer so they never have to worry about viruses or randomware, but at the same time, they also never have the benefit of using a computer.