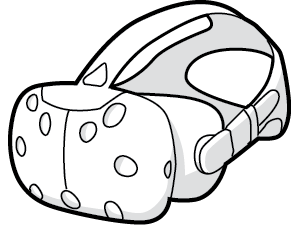 What it is: Magic Leap is a secretive startup that has attracted millions of investment money, but they may be in trouble.

Both Google and Alibaba have invested millions in Magic Leap, but that doesn’t mean Magic Leap will automatically be successful. After all, Facebook invested $2 billion dollars to acquire Oculus, another virtual reality company. Yet Oculus sales have been underwhelming and Best Buy recently stopped dedicated demonstrations of the Oculus headset in their stores due to lack of interest from customers.

With so many companies pouring money into Magic Leap, it seems like the company, and virtual reality itself, should be a sure-fire market. Unfortunately if you examine virtual reality carefully, you’ll see two huge problems.

First, there are the technical issues, which can easily be overcome by more advanced technology. Virtual reality headsets are getting more powerful, smaller, and lighter. Any technological problem will eventually be solved with improved technology. The problem is never overcoming technical problems but in overcoming people problems.

That’s the second problem with virtual reality. What problem does it solve?

Mobile phones gained rapid adaptation because people immediately saw the advantages of staying in touch with others anywhere they went. In the old days, you had to rely on pay phones to make calls but you could never receive a call unless you went to your home or office. Mobile phones solved that problem by making it easy to make and receive calls inexpensively. Because mobile phones solved a real-world problem, it’s no surprise that mobile phones have become commonplace even among homeless people and third World nations.

Knowing that mobile phone adoption exploded because it solved a real problem, ask yourself what real problem does virtual reality solve? Right now the biggest markets for virtual reality appear to be games. While games can be entertaining, they’re probably not worth spending hundreds of dollars to buy when far less expensive games are available. While virtual reality games can immerse you in the game that a game console or tablet game could never do, is it worth paying more for that immersive experience just to play a game?

Perhaps the huge strike against virtual reality is how it works by strapping a device to your face. That takes effort to put on and take off, and it blocks out your view of your surroundings. You can easily use a mobile phone anywhere you want (even movie theaters, much to the dismay of other people). Mobile phones are convenient to carry and use. Virtual reality headsets are not.

Technology can only advance as fast as people are willing to use it, and nobody wants to use anything new unless it offers drastically improved advantages over what they may be using now. Ask companies like Oculus or Magic Leap what problem they’re solving and chances are good they can’t tell you, and that pretty much tells you the future of Magic Leap and other virtual reality companies right there.

To read more about the promise of Magic Leap and virtual reality, click here.