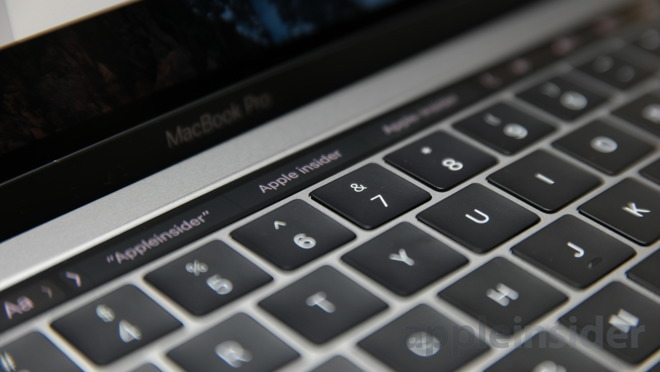 What it is: North Carolina has banned the Touch Bar from being turned on during bar examinations.

What’s to stop someone from simply accessing the Internet through a laptop and accessing answers that way as well? Why force people to turn off the Touch Bar when taking the bar examination in North Carolina but allow them to use a laptop of any kind in the first place?

Not knowing the circumstances surrounding the use of laptops in taking North Carolina’s bar examination, it’s impossible to say with certainty that banning the Touch Bar will keep people from cheating but allowing them to use laptops will not. However, it does seem odd to arbitrarily ban the Touch Bar while allowing the much larger screen of a laptop to be freely available. Couldn’t a clever student simply hide answers in a macro created in a program like Microsoft Word, which could reveal an answer by simply pressing the right keystroke combination?

To pick on the Touch Bar seems a bit odd. As the Touch Bar becomes more common, this ban will likely be removed. Still, this highlights both the flexibility of the Touch Bar and the curious logic behind test examiners in trying to prevent cheating but allowing laptops to be used as long as they don’t have the Touch Bar turned on.

As always, technology often races ahead of rules and regulations. To read more about North Carolina’s ban of the Touch Bar during bar examinations, click here.