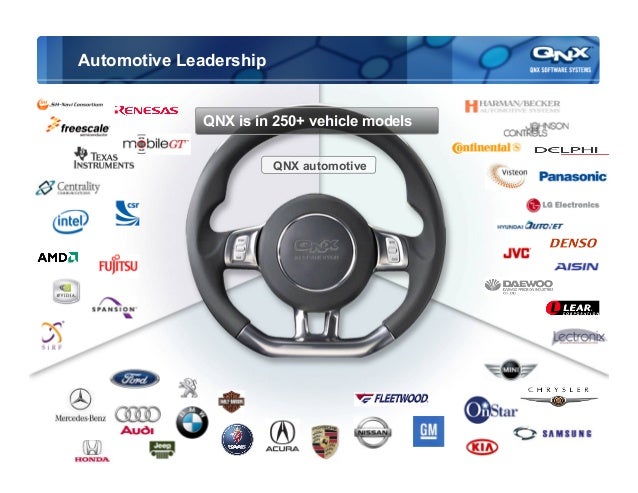 What it is: Blackberry used to be known for smartphones. Now they could be a leader in the self-driving market.

Blackberry used to dominate the smartphone market to the point where executives flashed Blackberry smartphones as a status symbol. If you were anyone in the corporate world, you had to have a Blackberry.

That all changed when Apple introduced the iPhone and Google released Android. Blackberry struggled to keep up and failed with their own touch screen phones. Then they failed to keep Blackberry smartphones relevant in the world of iOS and Android. They failed again when they switched to Android and tried to make Blackberry a leader in the smartphone industry using Android.

But don’t count Blackberry out just yet. Their smartphone business may be dead but they have something everyone wants and needs and that’s the QNX operating system. QNX is an extremely fast and reliable operating system used in embedded systems such as medical devices, control systems, appliances, and most importantly, cars.

So if you thought Blackberry was gone, they may be lost forever in the smartphone market, but they could come roaring back soon in the embedded operating system industry, specializing in the car dashboard and self-driving technology. QNX could well become as necessary as MS-DOS and Windows were back in the early days of personal computers. If you want to beet on the future of cars, you could take a chance on Tesla or Google, or you could really play it safe and bet on Blackberry’s QNX operating system. It may not be as flashy as Tesla cars, but if QNX is everywhere, that means a huge revenue stream for Blackberry and QNX that you’d be foolish to ignore.

QNX just might save Blackberry as a company. Just don’t expect to use a smartphone or tablet from Blackberry ever again.

To read more about how important QNX is to the future of cars, click here.