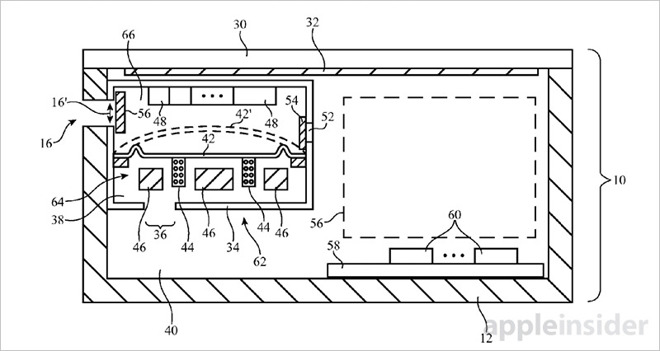 What it is: Apple recently filed a patent for an embedded environmental sensor capable of detecting unseen dangers in the surrounding environment.

Now Apple has filed a patent for an embedded environmental sensor capable of detecting harmful liquids or gases. If you happen to walk into an area filled with chemical fumes or carbon monoxide, you may not realize the danger until it’s too late. With an environmental sensor on a wearable computer, you can detect and avoid danger before it becomes a threat.

Some possible types of sensor including a temperature sensor, a volatile organic compound sensor, a particulate sensor, a carbon monoxide sensor, a carbon dioxide sensor, an oxygen sensor, an ozone sensor, other gas sensors, a humidity sensor, a moisture sensor, chemical and biological substance sensors. A wearable computer could take readings from sensors, perform data analysis, keep logs and issue actionable user notifications. For example, sensor data can be used to issue a visual, audio or tactile alert if a user enters an environment with a high concentration of carbon monoxide or other dangerous gases.

« The Security of the Touch Bar
Indoor Mapping »