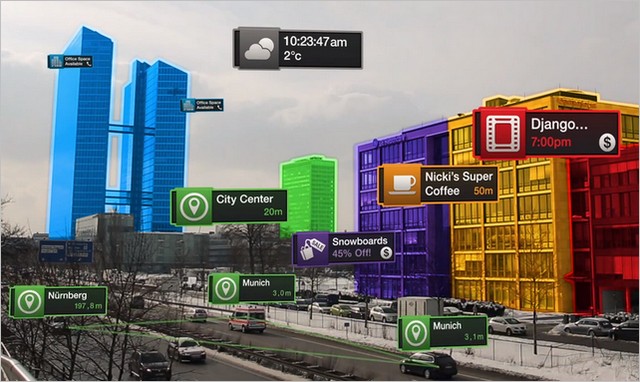 Undoubtedly rivals will appear for Android and Windows, but Apple could get the jump on the augmented reality market by setting the standard. Even though augmented reality exists from several companies, they don’t have the clout of a major company behind them. As soon as Apple releases its augmented reality platform, you can expect Google and Microsoft to quickly follow suit. Apple is most likely carefully nurturing its augmented reality plans so they can quickly grow and exploit their first-mover advantage while rivals scramble to catch up and rush their competing products into production too soon.

What it is: To see Apple’s future augmented reality plans, just look at what Metaio has done in the past.

In the above video, you can see how Metaio was working with Audi to eliminate user manuals. Back in the early days of PCs, you couldn’t use a computer without taking a training class or reading a thick and often confusing user manual. Then smartphones and tablets arrived, making training classes and user manuals largely irrelevant, especially since most people never bothered reading them in the first place.

Even software came with this user manuals that rarely made learning easy. Today, most software relies on help systems that are still not as helpful as you might expect or wish. As a general rule, if you need a user manual or help system, the product may not be as intuitive to use as people might expect.

What Metaio was working on with Audi was eliminating the need for car manuals that most people shove in a glove compartment and completely forget about. Instead, Metaio was working on an augmented reality app that would let you aim your smartphone at any part of the car and augmented reality would appear to provide guidance. If you wanted to know where to fill a car with coolant, just aim your smartphone at the engine and the augmented reality app would display an arrow to show you the coolant tank where you can pour in the coolant.

It’s a simple idea, but likely far more useful than a paper manual that’s harder to use. Unlike a paper manual, Metaio’s app could be updated so it’s always current, which is something paper manuals could never do.

Metaio’s augmented reality app eliminates paper manuals for cars, which also means it could be extremely useful for commercial and military use. Already commercial airlines are replacing bulky paper manuals with tablets that are more convenient to use, more current, and lighter. Military equipment needs manuals to teach soldiers how to use, clean, and repair equipment. Eliminate paper manuals and replace them with augmented reality apps, and you’ll have more current information that’s easier to access.

Augmented reality is coming and its future is clear by simply studying the past work of Metaio. To read more about Metaio’s work with augmented reality, click here. 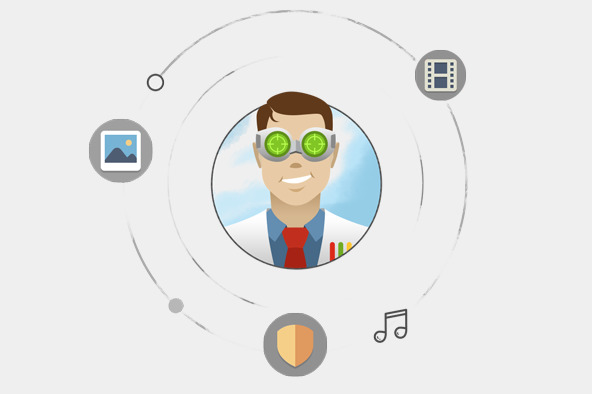 What it is: Disk Drill is a tool for recovering deleted or lost data on a Macintosh.

Perhaps the simplest way to back up data on a Macintosh is through Time Machine using an external hard disk. While this will protect your data, it won’t protect you from a catastrophic failure such as your house or office catching on fire or flooding. Such a disaster will likely not only wipe out your Macintosh’s hard disk, but also kill any external hard disks you may have as well.

A far better solution is to use an online backup storage service such as iCloud, but this will likely cost extra. The main advantage is that if anything happens to your macintosh, you can always retrieve your files online again. The disadvantage is simply paying for the cost of online backup.

For people who fail to make regular backups, there are a class of data recovery tools that can often recover deleted data from a hard disk. If you need such a data recovery tool, one option is a program called Disk Drill.

The basic idea behind Disk Drill and other file recovery tools is that hard disks never completely erase data. Instead, deleted files simply get marked as deleted but physically remain on the hard disk. Of course, the longer you wait before trying to recover a deleted file, the more likely a newly created file may write over that deleted data and wipe it out.

The time to get a data recovery tool is now before you need it. Of course, the real insurance against losing data in the first place is to backup everything at least twice: once on an external hard disk and once through an online service like iCloud. Bye reading two duplicate backups of crucial files in two locations, you’ll be able to access your critical files no matter what might happen to your computer.

If you refuse to backup your files, chances are good you’ll also neglect to get a data recovery tool until you actually need one. Still, if you just know that such data recovery tools exist, you should be able to recovery your data when you need it. 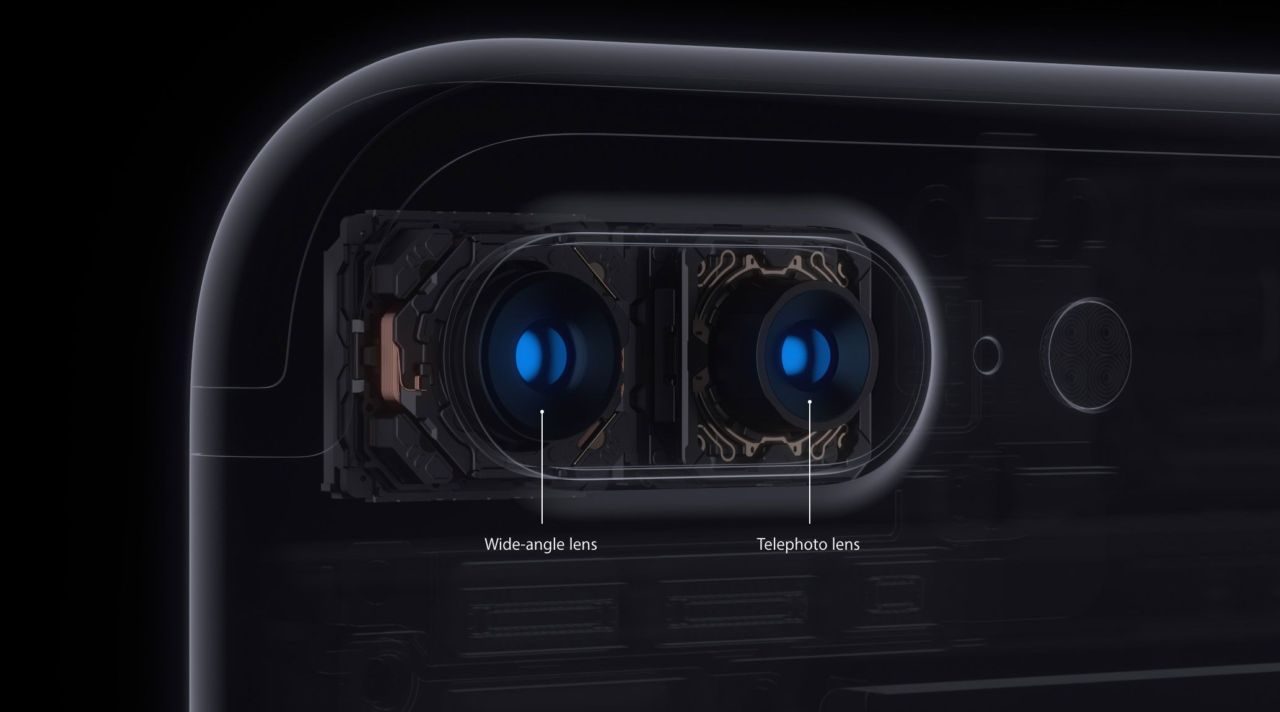 What it is: The iPhone camera keeps improving but dedicated cameras will always be better.

As fast as the iPhone camera keeps improving, it will never be as good as a dedicated camera. The big difference is that a dedicated camera costs more, weighs more, and is less convenient to use. The iPhone is much higher, smaller, and easier to carry with you at all times.

So the trade off is whether you want to lug a camera around or not. If you know you’re going somewhere specifically to take pictures, then you’ll want a dedicated camera. If you’re just wandering around during your normal, everyday life, then you probably won’t want to lug a dedicated camera around at all times. In that case, the iPhone camera will substitute nicely.

Never mistake buying expensive equipment as a substitute for improving your own skills. You can never buy your way to better pictures unless you hire a professional photographer to do it for you.

This level of improvement will continue in all technology. Expect Siri and other natural language voice recognition systems to keep improving over time. Expect Internet connectivity to become inexpensive and commonplace no matter where you go. If you want to predict the future, just look at what’s working today and imagine it working far better tomorrow.

The simple camera has become a major focal point of smartphones. Most smartphones work alike so they improve the camera quality as a way to differentiate their products from rivals. If you’re truly interested in photography, you’ll still want a dedicated camera. If you just enjoy taking pictures, then an iPhone camera should do quite nicely.

To read more about the iPhone’s camera compared to a dedicated digital camera, click here.

What it is: Museums are using technology to create a more interactive experience.

In the old days if you anted to look at art or exhibits, you had to physically show up at that museums nd walk around. Nowadays, it’s possible to look at art from the convenience of your home using any computer, smartphone, or tablet.

That’s why museums are embracing technology to create a more immersive experience for visitors.

“Our competition is Netflix and Candy Crush,” Sree Sreenivasan says, the the Metropolitan Museum of Art, in New York City.

To do this, museums are embracing 3D printing, 3D scanning, and virtual reality. The goal is to create an experience you can’t duplicate just through an ordinary web browser.

Now if you look at one of Apple’s latest acquisition, Metaio, you can see that this company had already created an augmented reality app for the iPhone and iPad that would let people aim their iPhone/iPad at an exhibit and watch it come to live. One demo shows part of the Berlin Wall that was built along the edge of an apartment building. While the museum lets you look at the actual window where people jumped out of to flee to safety, the augmented reality app lets you see the actual film footage of people jumping for their lives.

Augmented reality will likely be a powerful feature for all types of museums. Aim an augmented reality app at the skeleton of a dinosaur and the app could show you the actual dinosaur moving and roaring, perhaps even lunging in your direction.

By using augmented reality, museum experiences could be more like an amusement park than the quiet, staid experience that it is today with people quietly strolling around and talking in whispers in a nearly empty cavernous building.

Museums know they have to bring people in and using technology is the best solution to avoid obsolescence. When Apple introduces augmented reality to the iPhone/iPad this year or next, you can expect a huge wave of innovation that’s just getting started in the world’s museums today.

To read more about how museums are using technology, click here.

What it is: Opera is another alternative browser to Safari that has been around a long time and has a reputation for offering the most advanced features.

When most people use a Windows or Macintosh computer, they tend to use whatever browser is the default browser. For Windows, that’s Edge and for the Macintosh, that’s Safari. While Edge is still rough around the edges and not quite as capable as the older Internet Explorer, Safari has been mostly reliable and advanced enough that most people have little reason to use any other browser.

If people do think of an alternative browser to Safari, they often think of Chrome or Firefox. However, one name that many people never consider is Opera.

Opera has been around for years, even longer than Chrome. Best of all, Opera often introduces features that other browsers later adapt such as tabs and combining the search text field with the address text field. If you want the latest browser features, you can often find them in Opera long before they arrive in competing browsers.

Best of all, most malware targets the default browsers of Edge, Internet Explorer, and Safari. Because Chrome and Firefox are also popular, malware targets those browsers as well. However, Opera is a relatively unknown browser despite its longevity. That means if you use Opera, chances are good malware won’t attack your browser simply because it won’t know how.

So consider installing Opera as your default or secondary browser. You may not think you need Opera if Safari works for you on the Macintosh, but you never know when a second browser could come in handy. After using Opera, you may find you’d rather use Opera instead of Safari.