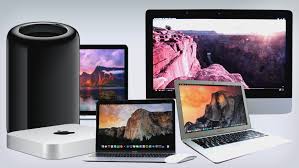 What it is: Apple hasn’t updated most of their Macintosh models for nearly a year.

One big question people wonder about is why hasn’t Apple updated most of their Macintosh models? In comparison, PC manufacturers like Dell and Hewlett-Packard have updated their computers to include the latest Intel processors. On the other hand, Apple seems content to keep selling Macintosh computers with much older processors inside.

While this might seem like PCs are more technically advanced, you also have to look at what this extra technical features will do. Just because the latest PC has the newest Intel processor inside doesn’t necessarily mean that PC will be better than a Macintosh or even an older PC model. The real key in comparing computers is asking whether any computer will make your tasks easier.

The fact that Apple hasn’t updated their Macintosh lineup in so long either indicates they no longer care about the Macintosh or that they plan to release a major update sometime soon.

It seems unlikely that Apple would abandon the Macintosh since you need a Macintosh to write iOS apps. More likely, Apple probably has a major update coming soon when macOS finally exits out of beta and becomes an official release sometime this fall such as the end of September or the beginning of October.

This misses the back to school buying season, but will arrive plenty of time for the Macintosh to sell during the holiday season. If Apple isn’t abandoning the Macintosh, the next question is what kind of update could they possibly be readying?

The most likely revolutionary advance will be eliminating function keys at the top row of the keyboard and replacing them with a touch screen that could display virtual keys. This would let programs display unique shortcut keys specific to that app.

Instead of displaying a list of function keys that few programs use, a virtual strip of dedicated keys could make programs easier to use. So what’s likely happening is that Apple is updating this virtual row above the keyboard for all their Macintosh models, hence the long delay between releases with almost every Macintosh model in the entire lineup.

So it’s likely Apple is delaying the release of new Macintosh models to unleash a brand new keyboard with a virtual strip of keys at the top. This means coordinating hardware with software (both macOS and programs like Pages and Numbers) to take advantage of this virtual strip of keys.

So expect that Apple won’t just ignore the Macintosh any longer, but will announce a major release of the Macintosh keyboard to go along with the macOS release at the same time.

The idea that Apple is readying a brand new feature is far more plausible than to believe Apple is just incompetent and abandoning the Macintosh altogether.

To read about the possibility of a virtual row of function keys, click here.