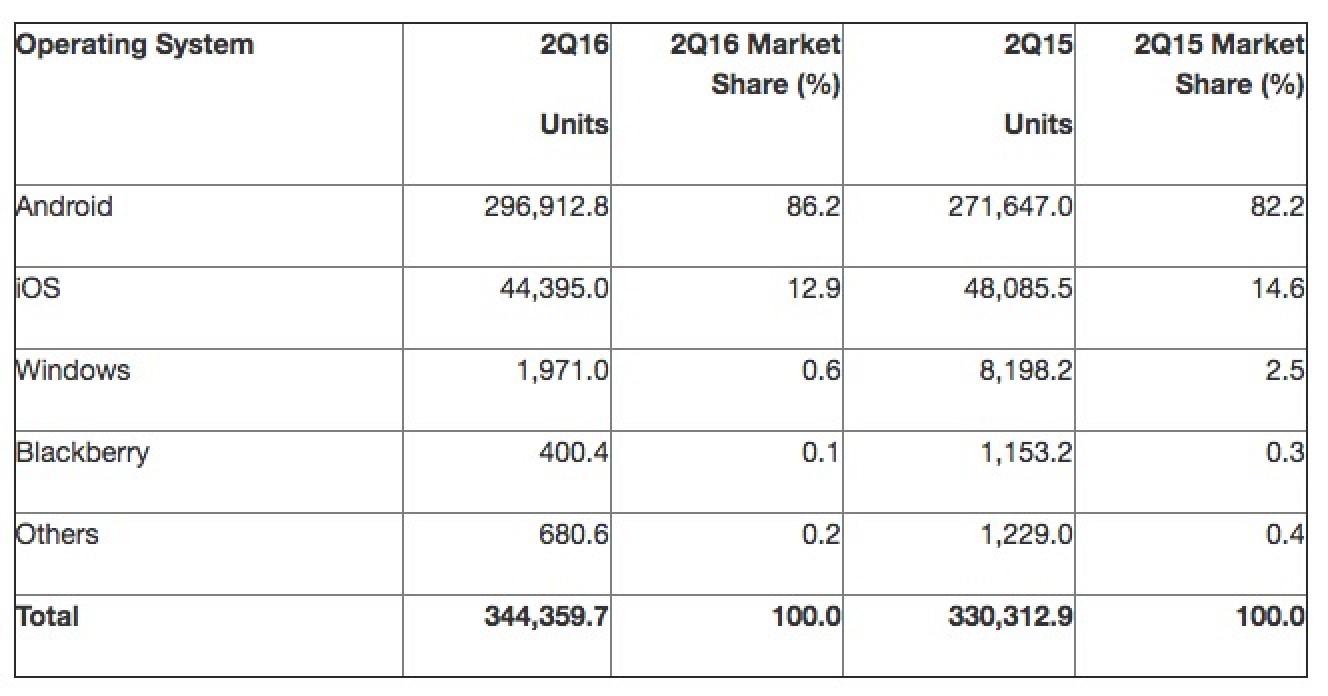 What it is: Combined, Android and iOS represent 99% of all smartphone sales.

That means the dominate smartphone platforms are Android and iOS. Both look and work roughly the same, but their ecosystem has also blocked any potential rivals. If Microsoft couldn’t break into the smartphone market with their massive advertising campaigns, what chance does any rival have in cracking the smartphone market?

Once an operating system earns a dominant position in the market, it will take a long time to dislodge that leader. Blackberry lost their lead because the iPhone and Android were so far advanced in comparison. Even though Linux is free, it still never seriously challenged Windows in the desktop market, but you can already see that fewer people are using Windows PCs because they rely more on their smartphones instead.

If you want to stick with the future, stick with Android and iOS until something drastically better comes along. If a minor improvement arrives like Windows 10 Mobile or Tizen, there’s no reason for anyone to switch just like there’s still few reasons for people to abandon Windows to switch to Linux or macOS. Some people are abandoning Windows but most people are not. That’s because Linux and macOS don’t offer a drastic difference over Windows even if they offer lots of minor advantages like simplicity, stability, and (in the case of Linux) free cost and access to source code.