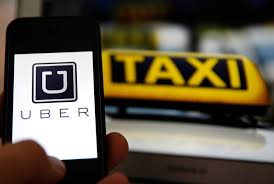 What can you do when you recognize the future but are still rated in the past? In most cases, you can simply fail because a company designed to pursue one business model often can’t shift fast enough to pursue a different business model.

The problem was that Kodak had people, buildings, and equipment geared to manufacture and process film. As the profits from their film business slowed to a trickle, their expenses remained the same. This ultimately resulted in shrinking profits that quickly turned into growing losses.

Kodak’s film business actually became a burden. Borders Books went through the same transition when retail book sales fell and their online endeavors couldn’t generate enough profits to help the company make the transition. Blockbuster Video failed to make the transition from retail DVD rentals to streaming video rentals. The leader in any industry often has trouble adapting ago a new market because the profits from the new market often can’t generate enough cash to make up for the expenses of maintaining their current business.

That same fate may happen to the auto industry. Right now, Toyota, Honda, General Motors, and Volkswagen are all making alliances with various car and ride-sharing services. That’s because even the auto makers can see that the future no longer requires owning and driving your own car. Car-sharing serve ices let you rent a car and drive it around for short periods of time while ride-sharing services let you catch a ride without having to drive at all.

Electric cars are coming because they pollute less than gas-powered cars so that’s inevitable. Self-driving cars are coming and they’ll likely start appearing in the form of assisted driving technology until the technology becomes practical to let a computer drive a war around by itself. Ride-sharing and car-sharing see ices are growing in popularity because the expense of owning and maintaining a car is getting too expensive compared to the benefits.

Someone in the country might find it convenient to own a car, but someone in New York or Beijing will likely find the expense of owning a car far outweighs its value. When it costs too much to park a car (think New York or San Francisco), people will have far less incentive to want to buy a car.

Today’s auto makers make the bulk of their revenue through selling or leasing cars. The main idea is that people want to drive themselves around. Car-sharing services partially defeat this by letting people rent a car only when they need one. Ride-sharing services eliminate the need to drive at all because you can let someone else (such as a computer) do the driving for you.

So all the auto makers have a dilemma. Their entire infrastructure is designed to sell or lease cars, but the future points to less car ownership in a trend that can’t help but keep going down as owning and maintaining a car becomes too expensive. As car ownership starts to decline, the auto makers will have to find a way to make up the loss of revenue through selling cars by focusing on car and ride-sharing services.

Unfortunately the initial revenue from car and ride-sharing services likely own’t be enough to offset the losses from fewer car sales. When the trend accelerates and car sales nosedive, the automakers won’t have enough revenue from their car and ride-sharing service alliances to make up for the loss of fewer car sales. That likely spells the beginning of the end for the big car makers.

They won’t disappear, but they’ll never dominate the car market again because the ride-sharing services are going to do that, which makes the auto makers secondary players in the transportation business.  they’ll have no choice but to scale back their bureaucracy designed to support car sales and take massive losses as a result. Then the bulk of the profits from car and ride-sharing will go to companies like Uber and Lyft instead of the auto makers. That’s because ride-sharing services just need a car, but not any particular type of car. Whether Uber uses a Ford or Honda car is irrelevant. What maters is that people will use a ride-sharing service so the ride-sharing companies will dominate the transportation industry, not the car companies.

If the car makers are lucky, they won’t suffer the same fate as Blockbuster Video or Borders Books and go out of business altogether. They may just become shadows of their former selves like Kodak. Will they dominate the new industry? History suggests they won’t, so kiss the auto makers good-bye as their sink from their leadership positions to has-been status like Blackberry and Nokia.

To read more about how the auto companies are trying to anticipate a future with ride-sharing services, click here.

« The Pizza Hut Robot Server
The Next Version of Siri »