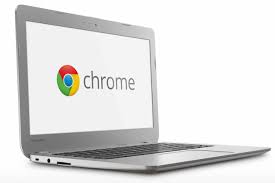 What it is: Chromebooks are selling more than Macintosh computers and Windows PCs.

The running joke for the past decade was that this would finally be the year f Linux where Linux takes over the desktop market. One reason why that never happened was because too many people were dependent on Windows programs like Microsoft Office. Even though office suites exist for Linux that work nearly the same as Microsoft Office, people still prefer Microsoft Office out of familiarity. It’s simply too difficult and troublesome to dump Windows PCs and switch over to Linux.

Yet the tide is slowly shifting. That’s because Windows no longer dominates the computing market and Linux is getting easier to use and install. Yet Linux will likely never take over the desktop PC market because Chromebooks have arrived instead.

Rather than mimic Windows like Linux does, Chromebooks run ChromeOS, a Linux-like operating system that depends mostly on the Internet to work. While Windows PCs require large hard disks to store data and hefty programs, Chromebooks require a minimal amount of memory and hard disk space because both data and programs are stored and accessed over the Internet. This makes Chromebooks far cheaper to buy and much simpler to maintain.

Viruses and other malware infects Windows PCs because the vast amount of hard disk space provides plenty of programs for malware to infect. Strip away most of these programs and suddenly malware has few targets to attack. That makes Chromebooks less likely to get infected in addition to the fact that the user has no need to install anything so malware can’t trick user into installing additional malware. It’s still possible, but once you get used to simply using a Chromebook and not having to install programs and endless plug-in updates all the time, then malware that tries to install something on a Chromebook will immediately warn the user just by asking to install.

With a Windows PC, it’s so common for programs to ask to install that people do this without thinking. On Chromebooks, it’s much rarer to need to install new programs all the time since the main programs (besides the operating system and browser) exist on the Internet so there’s no need to install anything on a regular basis. So when a Chromebook asks to install something, that’s unusual enough to make users pause. That doesn’t mean Chromebooks can’t be infected by malware, but that it’s not as easy to do so.

Schools are embracing Chromebooks because they’re essentially simple laptops that access the Internet and that’s it. If a Chromebook breaks, the replacement cost is minimal. It’s difficult for a user to foul up a Chromebook because most of its programs aren’t on the laptop in the first place.

That’s why so many people have gravitated towards smartphones and tablets. Smartphones are far simpler and more reliable than a Windows PC that requires constant maintenance. Macintosh computers require less maintenance than a Windows PC, but a Chromebook requires even less maintenance than a Macintosh. The dominance of Windows PCs is over. It’s no longer the only option around and it’s definitely not the easiest option around. It’s not easiest, cheapest, simplest, or most convenient option. For most people, there’s little reason to buy a Windows PC when a smartphone, tablet, or Chromebook could work just as well.

For people tired of wrestling with the constant headaches of a Windows PC but still need a computer, they often choose a Macintosh or Linux. For people who absolutely need to use a Windows PC to run particular programs unavailable anywhere else, a Windows PC is fine. It’s just that a Windows PC is no longer the best option for most people and never really was, but when it was the only option, people didn’t have a choice.

Now people have a choice and they’re voting with their wallets to buy more Macintosh computers, buy more Chromebooks, and avoid buying more Windows PCs. This trend will only continue, which means the computing world will divide into Chromebook users, Windows PC users, Macintosh users, and Linux users. Some people will never need to use a computer at all and will simply use smartphones and tablets, which run either iOS or Android. Windows has little foothold in the smartphone market or the tablet market.

To read more about how Chromebook sales have surpassed Macintosh and Windows PC sales, click here.