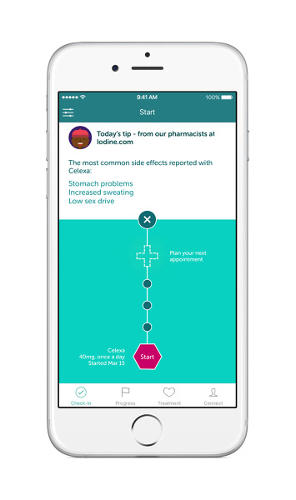 What it is: CareKit is Apple’s latest software framework designed to make it easy for developers to track someone’s health.

Back in the early days, everyone used a PC for practically everything. Yet a PC is cumbersome for short tasks. Nobody’s going to lug around a laptop and boot it up just to check driving directions and then put it away again, but people do that all that item with smartphones. That’s why smartphones and to a lesser extent tablets have become so popular that fewer people rely on PCs as much as they did in the past.

One huge benefit of mobile computing devices (smartphones and tablets) is that they’re easy to take with you wherever you go. Wearable computers are even more suitable for tracking health data since they’re strapped to your body at all times so once you put a wearable computer on, it passively monitors your health without any further interaction from you.

That’s why Apple created CareKit, a software framework designed to work with iOS and watchOS to monitor a person’s health. CareKit can help patients collect health data, manage their symptoms, and share a report with their care team—all via an iPhone. Some early apps based on CareKit include One Drop, an app for diabetes management; Glow, maker of reproductive health apps; and Iodine, a medication management app for people with depression.

The CareKit software framework includes four modules, which were designed by Apple’s team with the following in mind:

The main idea behind CareKit is to collect and provide doctors with data that they wouldn’t normally see otherwise. Only when patients visit doctors can doctors get information from the patient, but CareKit promises to give doctors health information about a particular patient in between visits. This would allow doctors to detect changes in a patient’s health.

Smartphones are practically a necessity these days, which means most people have one at all times. Wearable computers like the Apple Watch may not be as ubiquitous, but for those people who do own and wear one, it provides a passive way to collect health data that a smartphone can’t match.

Nobody needs to tell you how crucial a smartphone can be, but many people still wonder about the necessity for wearable computers. Yet if you’re concerned about your health, you’ll quickly see the potential for monitoring your health at all times. The future of wearable computers, and smartphones to lesser extent, revolves around keeping people healthy. If you’re looking for a killer app for wearable computers, just ask yourself if you’d like to be in better health. Then ask yourself if you health is worth the cost of an Apple Watch or similar wearable device, or not.