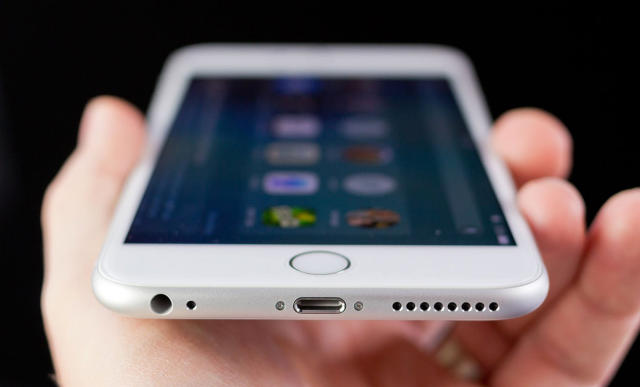 What it is: Wireless charging is a way to charge a device without physically plugging it in.

The smartphone market is getting saturated so Apple has projected declining growth in their iPhone business. While analysts worry that iPhone sales will start declining, Apple may have a reason to keep people upgrading to the next iPhone 7. Supposedly, Apple has made a deal with a company called the Energous Corporation that has developed a way to charge devices wirelessly.

Previous wireless charging methods required a pad that you would need to place an item on to charge the item from the pad. Energous Corporation’s wireless charging technology allows you to recharge a device by simply placing it within range of a transmitting charger. This would allow your iPhone to recharge itself while on your desk, in your pocket, or even while you’re using it. That means you’d never need to worry about recharging your iPhone again by plugging it in since it could continuously recharge itself whenever you’re near a wireless charger.

Just adding slightly new features like a faster processor or brighter screen won’t be enough to convince many people to upgrade their smartphones, but a major change like wireless charging just might. The convenience of not having to worry about running out of power will likely be a major benefit to most people. Imagine public places like Starbucks or airport terminals offering free wireless charging transmitters. Not only would this attract customers like free Wifi does, but it will let people never worry about running out of power on their iPhones again.

No longer will you need to lug around a power cord and remember to plug it in. Just plug a wireless charging transmitter in your home or office and your smartphone and tablets can be charged all the time. That’s a major convenience, assuming, of course, that it works flawlessly.

To read more about the possibilities of wireless charging appearing in the next iPhone, click here.