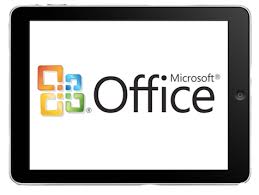 What it is: Microsoft Office is the “standard” office suite, but do you really need it?

Ultimately, a large number of people stick with Microsoft Office because other people are using it, not because it’s necessarily the best software for their own needs. LibreOffice and iWork are both free and offer far fewer features than Microsoft Office, but what they do offer may be just enough for what you do need. Both can import and export files in Microsoft Office format although for complicated documents, importing and exporting may not retain all formatting.

Once again, if you’re creating complicated documents, then you should stick with Microsoft Office. Since most people aren’t creating complicated documents, they may not need Microsoft Office. Perhaps the most intriguing alternative is Google Docs, which allows real-time, online collaboration between multiple users. This can be especially handy for working together so everyone can make changes in real-time.

Basically most people use Microsoft Office out of fear, not need. If you’re afraid you can’t get along without Microsoft Office, you’re basically the type of fearful and timid customer that Microsoft wants because such fearful customers will be too afraid to switch to something else.

Perhaps the biggest reason to avoid Microsoft Office is its user interface. When Microsoft Office switched to the Ribbon user interface, they heralded the change as a way to make features easier to find. Yet it’s still too difficult to find anything. If you want to insert a watermark on a Word document, you might think you would click on the Insert tab, but you really click on the Design tab. That makes sense in retrospect, but when you’re searching for a particular command, the Ribbon user interface can be just as confusing and frustrating to use as pull-down menus crammed with multiple commands.

The biggest problems with Microsoft Office is that if offers far more features than most people will ever need, so it’s harder to use. In general, if you need a word processor, you could probably get by with Pages for both OS X and iOS. If you need a presentation program, Keynote is considered superior to PowerPoint. The only clear advantage of Microsoft Office comes with Excel. If you need heavy duty spreadsheet processing power, then nothing else can compete. If you don’t need heavy duty spreadsheet processing power, then Numbers or the spreadsheet in LibreOffice will likely be sufficient.

Second, try alternatives like LibreOffice or iWork. You may find that you really just need a word processor, spreadsheet, and presentation program, but you don’t necessarily need Microsoft Office.

Microsoft Office is a decent program, but overly burdened with complexity that can make it harder to use for casual use. Try going without Microsoft Office. You may be surprised at what you’ll find out about yourself and your real computing needs.