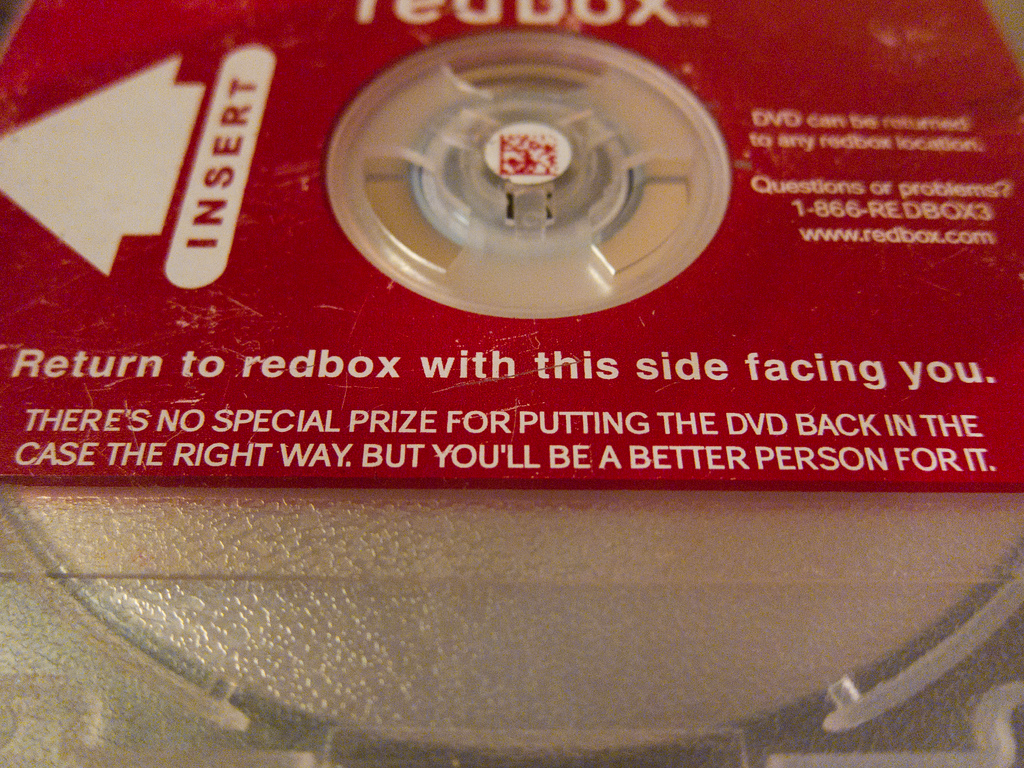 What it is: There’s a huge difference between the media and the content stored on that media. Every company that relied on the media is doomed for bankruptcy.

That’s the problem with protecting any business that relies solely on the media. In Kodak’s case, that media was film. In Blockbuster Video’s case, that media was physical DVDs. What Blockbuster Video discovered was that leasing expensive retail stores made it nearly impossible to profit from renting DVDs. That’s why Redbox exploded in popularity as people could easily rent DVDs from a vending machine instead of a retail store.

Yet now Redbox is starting to falter because they’re also in the media business of renting DVDs. With companies like Netflix and Hulu along with iTunes offering streaming video, what’s easier? Driving to find a Redbox vending machine that has the movie you want, bringing it home, and then remembering to return it after you view it or get charged extra fees day by day? Or watching a movie on your computer, smartphone, or tablet right away with no need to travel anywhere to return the movie when you’re done watching it?

In the book business, Barnes & Noble thought they were selling books but what they’re recalling selling is information and entertainment. Strip away the paper bindings and the words can still be viewed on e-books. That makes printed books obsolete. Barnes & Noble tried to stave off the inevitable with their Nook tablets and e-book store, but they were too slow and late as Amazon’s Kindle gobbled up the e-book tablet market and help drive book prices down to a point that Barnes & Noble’s stores can’t compete.

What’s the similarity between Blockbuster Video, Redbox, Barnes & Noble, and Kodak? They all got killed because they focused on the media instead of the content. Wipe out the media and you wipe out those companies.

In the e-book business, Amazon’s the clear leader with Apple’s iBooks trailing far behind. Forget about Kobo and Nook, two other rival e-book distributors since they have no chance of catching Amazon. Apple’s iBooks has a slim chance only because they offer interactive e-books that will eventually surpass Amazon, but don’t expect that to happen for a long while.

In the music business, iTunes has long dominated and streaming services like Spotify and Beats are grabbing subscribers who prefer to hear streamed music instead of buying individual audio tracks. The reason iTunes is faltering is because they also got caught in selling the media (audio files) instead of the content (music).

Whenever a company thrives on the media, that’s a prime candidate for failure. If you want to see the future, separate the content from the media and focus on companies that deliver the content. Everything’s going digital. The media is dead.