What it is: OS X offers several ways to type characters you don’t normally find on a keyboard.

However with OS X, chances are good you’re stuck using a physical keyboard, so within OS X when you want to type a foreign language character with an accent mark, just press the letter key (such as the “A” key) and keep it held down until a menu pops up as shown in the picture above. Then type the number corresponding to the accent mark you want to use such as typing 1 or 4. This method lets you type common foreign language letters with accent marks no matter which program you may be using such as Microsoft Word or Keynote.

A second way to type unusual characters is to either press Control+Command+Space bar, or choose Edit > Emoji & Symbols. This displays a Characters window that displays different categories in the left pane. 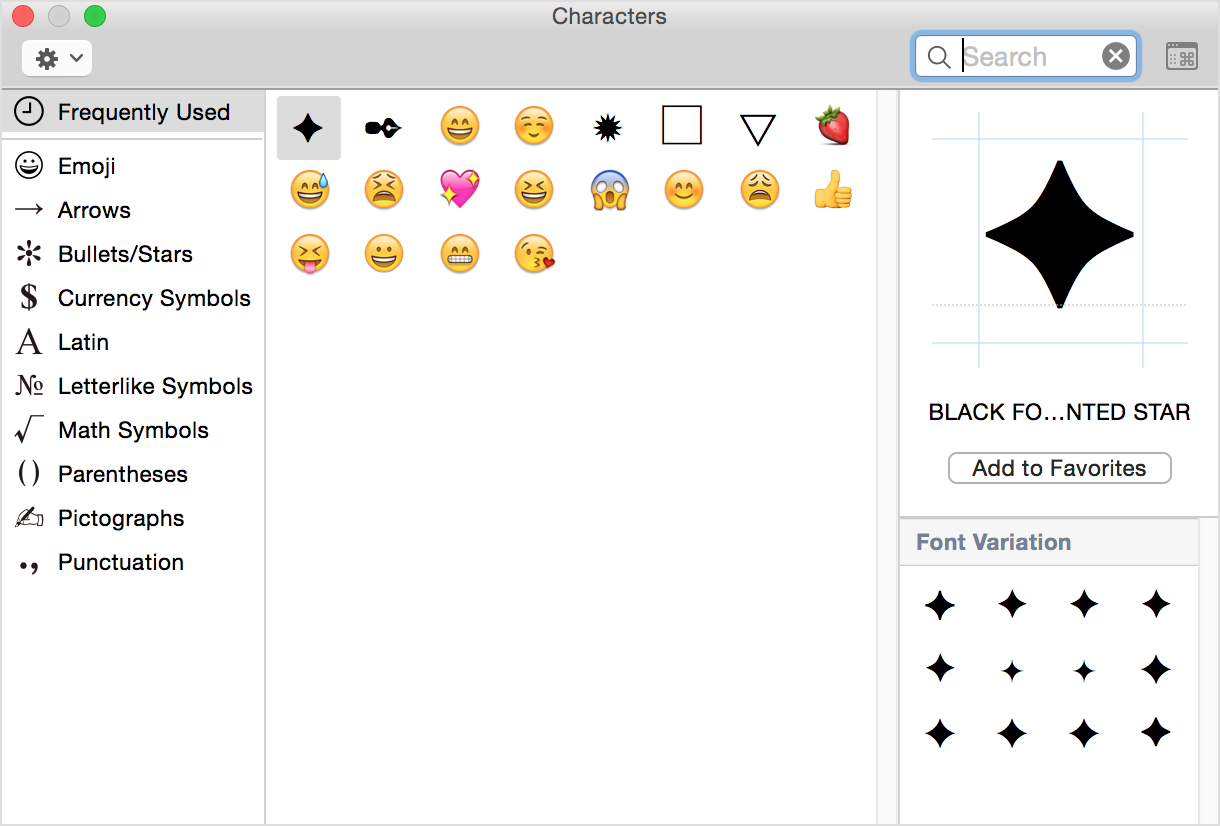 By clicking on a category in the left pane such as Math Symbols or Currency Symbols, you can see a list of options on the right pane that you can double-click on. By using the Characters windows, you can insert all types of odd and strange characters into any OS X program.

« Ready to Dump Adobe?
Reopening Safari After Browser Locks Up »