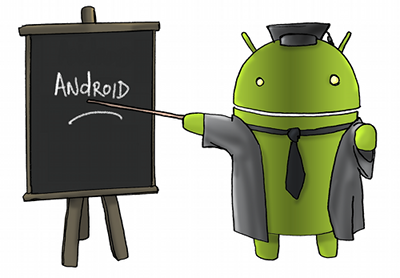 What it is: Android is the most popular mobile operating system in the world, closely mimicking iOS but offering additional features of its own.

Live Photos simply captures a few seconds of an image so when you browse through your pictures, they move slightly and can even store and play sound. That way you can get visual and audio clues to help you understand why you might have captured a particular image. Live Photos is a nice feature but it alone is no reason to update to an iPhone 6s.

For Android to keep up, that means Google will need to add similar Live Photos features and then get Android manufacturers to offer that feature in their next phone models. That should be relatively simple to do. What will be more difficult to mimic will be Apple’s 3D Touch.

3D Touch requires the use of a haptic engine. Apple designed the iPhone 6s models to allow 3D Touch and designed its included apps to take advantage of this additional way of interacting with the user interface. Instead of just touching or swiping across a two-dimensional flat surface, 3D Touch can detect hard presses. In the demo of 3D Touch, Apple showed that 3D Touch can simplify wading through one screen after another and then backing out again. Instead, one hard press on an icon that display a popup menu. Basically 3D Touch provides shortcuts.

From a software perspective, adding 3D Touch is fairly trivial. What will cause Android manufacturers problems is adding haptic engines to their next generation smartphones and tablets. They’ll need to wait for Google to add 3D Touch capabilities in the next version of Android, and then they’ll need to find a similar haptic engine to use.

If a Samsung smartphone doesn’t offer the same haptic feedback as an HTC smartphone, that could cause people to remain loyal to HTC or another manufacturer. However it also means that Android developers will need to take advantage of similar 3D Touch capabilities in their apps, and they’ll need it to work reliably on various Android devices using different haptic engine parts. In other words, this could get messy and create less than optimal user experiences across different Android devices.

Android has to play catch up to iOS but the implementation will be key. Can Google get rival Android manufacturers to cooperate and create identical user experiences among Android devices? If so, then no manufacturer has an advantage. Or will some manufacturers keep the best parts for themselves to differentiate their products from their rivals, only to create drastically different Android user experiences as a result?

Android may be the most popular mobile operating system in the world, but it has a lot to worry about if it hopes to keep up with iOS in regards to 3D Touch. With 3D Touch, Apple has combined their hardware and software capabilities to create an integrated experience. With Android’s less than tightly coupled links between hardware and software, mimicking iOS’s 3D Touch remains chancy at best. Maybe Google and Android manufacturers can make 3D Touch work just as well on Android as it does on iOS, but don’t bet on it.

Most likely Android will sink further behind iOS and struggle to keep up while falling steadily behind anyway.