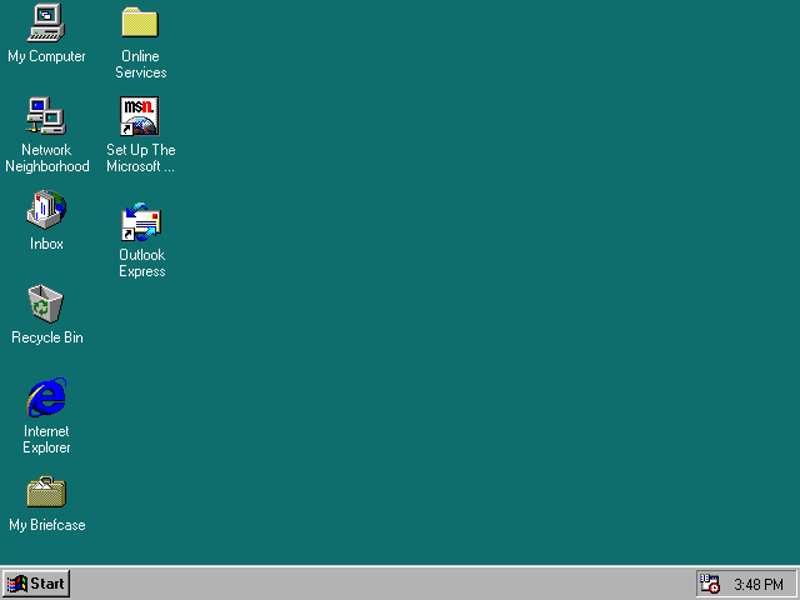 What it is: A user interface is designed to act as a middleman between the user and the computer.

When Microsoft introduced Windows 95, it was the first version that came with a Start button. That was when Microsoft licensed the Rolling Stones’ song “Start Me Up” to introduce Windows 95 to the world. Yet the origin of Windows 95’s Start button came from Danny Oran, a trained behavioral psychologist.

Microsoft hired Danny Oran to help them make Windows easier to use. What Danny Oran quickly learned was that the Windows programmers failed to recognize that usability problems occurred because of the operating system and not because the users couldn’t perform tasks.

In one study, a took twenty minutes of staring at a Windows 3.1 desktop before being able to open a text editing program. Finally, a programmer spoke up. “Our customers are morons!” exclaimed the programmer.

As it turned out, the test subject was actually a propulsion engineer for Boeing.

“He was literally a rocket scientist,” Oran says. “And even he couldn’t figure out Windows.”

The biggest problem with much of Microsoft’s user interface woes stems form this arrogant attitude. The programmers know what they’re doing so they assume everyone else can use the program if they would simply take more classes, get more training, and basically know as much as the original programmers who created the Windows user interface. Too often, programmers design user interfaces for themselves that only make sense to them. When ordinary people try to use such a user interface, they quickly get lost and confused. Then the programmers blame the user and not their horrible user interface design.

Now that Microsoft has thankfully put Windows 8 behind them with the release of Windows 10, anyone remember the absolutely idiotic solution people offered for using Windows 8? At the time, Windows 8 eliminated the familiar Start button for loading programs. When ordinary users complained, Windows 8 enthusiasts told them that the solution was to search for a program name by typing its name.

of course, such a solution totally destroys the advantage of a graphical user interface in the first place, which was to keep the user from typing anything. Instead, graphical user interfaces replaced the cryptic command-line interface (that required users to type in commands) with icons that users could click on. The whole point of graphical suer interfaces was to eliminate typing and replace it with much simpler point and clicking, yet Windows 8 forced users to wade through confusing tiles to find a program or type in a program name, thereby eliminating the main advantage of a graphical user interface. To see the astounding variety of ways just to load a Microsoft Office program depending on which version of Windows you’re using, click here and you’ll see how inconsistent the simple task of loading a program in Windows can really be.

In the old days, Windows enthusiasts claimed it would be too much trouble to switch operating systems because you’d be forced to learn an entirely different user interface. Then Microsoft came along and drastically changed the user interface of Windows 8, thereby eliminating one of Windows’ main advantages. Since you have to relearn a new user interface anyway between different versions of Windows, sticking with a familiar user interface means switching to Linux or OS X rather than wrestle with the growing complexity of Windows’ user interface.

Ultimately what sinks Microsoft’s user interface designs is that they’re not consistent, they’re not logical, and they’re not designed for ordinary users but for the programmers who created it and understand its nuances. User interfaces should simplify tasks, not complicate them.

Anyone think adding more steps to a simple task is a step in the right direction?

If you have trouble using a computer, chances are extremely high that it’s not your fault but the designers of that user interface. People aren’t morons. The programmers who design cryptic user interfaces are the real morons, and those are the people who are responsible for decreasing productivity and increasing frustration for everyone else.

To read about the history of the Windows 95 Start button, click here.

« Can Windows 10 Save Microsoft? Nope.
IBM Goes for the Macintosh »