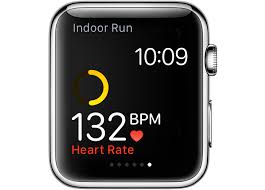 What it is: Wearable computers can monitor the user’s health in real-time, which is something that smartphones, tablets, and PCs can’t do.

The killer app for wearable computers is health. Yet despite this obvious observation, many people still can’t figure out a use for the Apple Watch, which seems as absurd as when people used to claim they had no need for a smartphone.

When Ken Robson, 64, was visiting his son in the San Diego area in mid-June, he said, “I had been noticing that I had been feeling weak and lightheaded.” He also noticed severe drops in his heart rate. “Your heart rate doesn’t go into the 30s and 40s unless you’re an Olympic athlete,” Robson said. He knew something was wrong, so he went online and self-diagnosed with a heart arrhythmia known as sick sinus syndrome.

Robson checked into the emergency room of Scripps Mercy Hospital. Because the hospital could check his Apple Watch data, Robson did not have to wear a heart monitor for a week before the medical team at Scripps Mercy could confirm the diagnosis of sick sinus syndrome.

Robson had a pacemaker implanted on almost an outpatient basis; he was held in the hospital overnight, but released the day after the surgery, and immediately returned to normal life upon discharge. At the hospital, “Everybody was interested [in this self-diagnosis with the help of the Apple Watch], but nobody was convinced,” Robson said. But attending cardiologist Dr. Jerrold Glassman confirmed the ailment. “This was one of the rare instances where the patient was right in self-diagnosis,” Robson said.

When you have the brainpower of a doctor strapped to your wrist at all times, that essentially gives you the ability to track your health like an expert. As wearables get smarter and more sophisticated over time, it’s easy to see how they can help lower insurance premiums and prevent more serious problems by spotting problems far in advance. If nothing else, health is the main purpose for a wearable computer like the Apple Watch.

Imagine if your wearable computer notices an alarming change in your blood pressure that could signal anything to a stroke or a heart attack. It can alert others of your location and use haptic feedback to alert you right away so you’ll have time to get help before it’s too late. Wearable computers promise to save numerous lives.