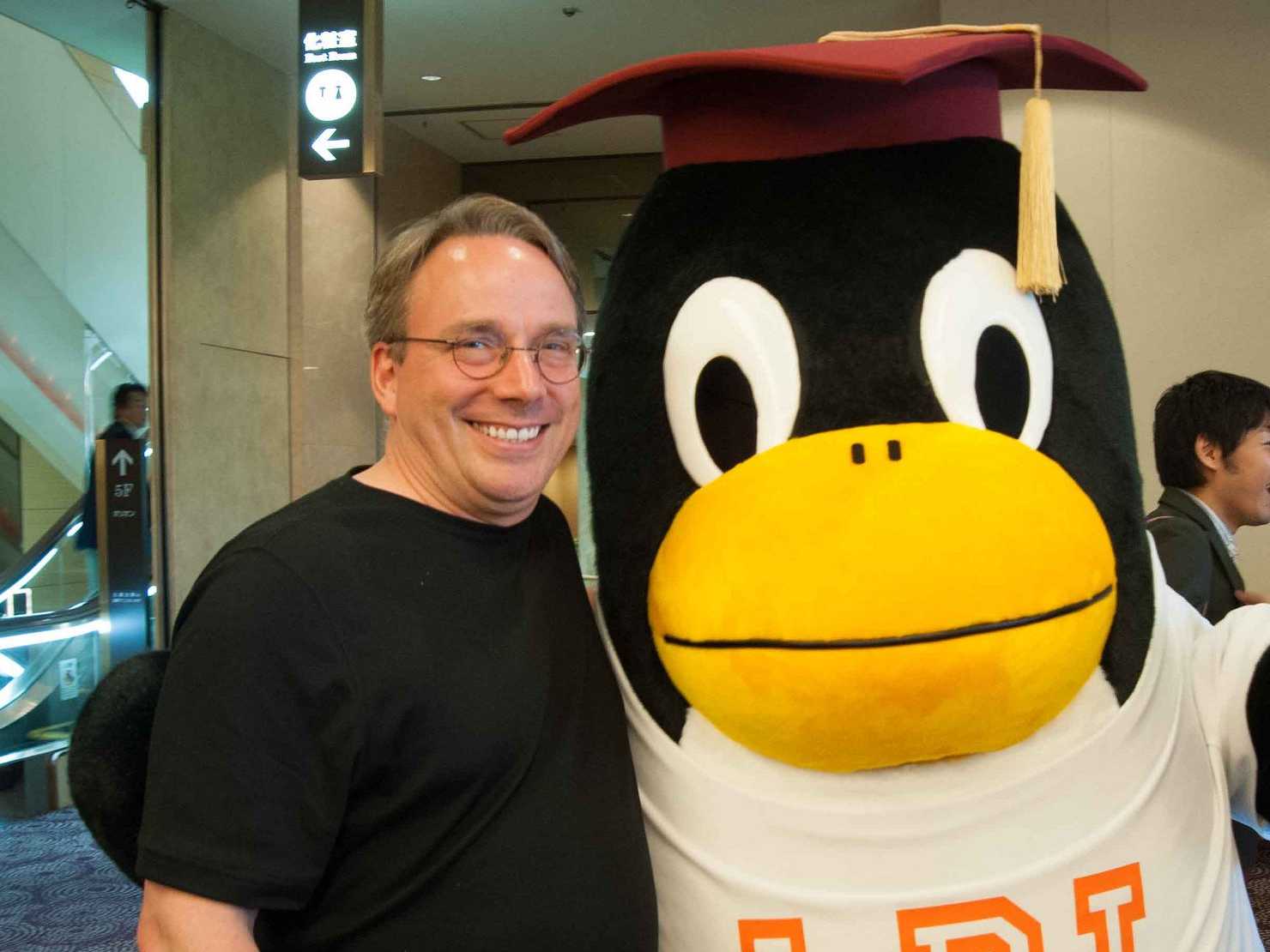 What it is: Young people eventually become older and define the technologies of the future.

The above picture shows Linus Torvalds standing next to the penguin mascot for Linux. Despite Microsoft Windows dominating the PC market, Linux has been making steady progress because it’s free and open source. While it’s unlikely the whole world will switch to Linux overnight, it does mean people are gradually shifting away from Windows little by little.

The exodus from Windows is fueled mainly by young people. First, young people have no vested interest in adopting any technology and defending it form challengers, so they’ll adopt anything that’s fun and interesting. That’s exactly where older people fail.

Many older people grew up using and learning Windows, so all of their precious knowledge represents part of their identity. If something easier comes along that people want to use such as a Macintosh or Linux, Windows users often savagely defend Windows by trying to convince others to use Windows and nothing else, failing to acknowledge the flaws of Windows and the advantages of rivals like OS X and Linux. Older people fear becoming novices again and watching their years of hard-earned knowledge get thrown out the window. After all, how many MS-DOS gurus cheered the introduction of Windows that basically made their MS-DOS skills obsolete?

Unlike older people who want to hold back progress so they can maintain their own high status in the technology world, younger people have no such fiefdom to defend. So young people are far more open to investigating technology for its own sake rather than because they want to protect their knowledge of older technology. That’s why many younger people gravitate towards Apple products while another group gravitates towards the free and open source of Linux.

If you just want to use technology, it’s often easier just to use an Apple product. If you’re the type who loves digging into the technical details of technology, then you’ll be more prone to using Linux or its mobile version of Android. That pretty much leaves young people ignoring Windows.

There’s just little reason for young people to use Windows other than the fact that it’s still being used, much like COBOL and FORTRAN is still being used by mainframe computer programmers. Windows will get the job done, but it’s not as fun as Apple products and it’s not as open as Linux. So it’s no surprise that younger people generally prefer Apple or Linux while older people who want to stay relevant cling to Windows rather than take the time to learn either Apple products or Linux.

What young people choose defines the future. Young people don’t dislike Windows; they just find little reason to embrace it. Most people are familiar with Windows, but most people also tolerate it. Few people love their Windows PC as much as they might love their iPhone or iPad. Linux supporters love Linux because of its open source nature. Windows supporters love Windows because they don’t want to lose their status gained from their hard-earned Windows knowledge over the years. People love Apple and Linux out of passion. People love Windows out of fear that something else will displace it and make their own knowledge of Windows obsolete. Other than that, what reason do people love Windows beyond job security and a desire not to see their technical skills disappear if the whole world adopts a non-Windows platform?

The future is clear. Follow the young, and the young are mostly attracted to Apple and Linux. If you want to see the future of computer technology, the young are already showing you the way.

To read more about what young people prefer in technology, click here.