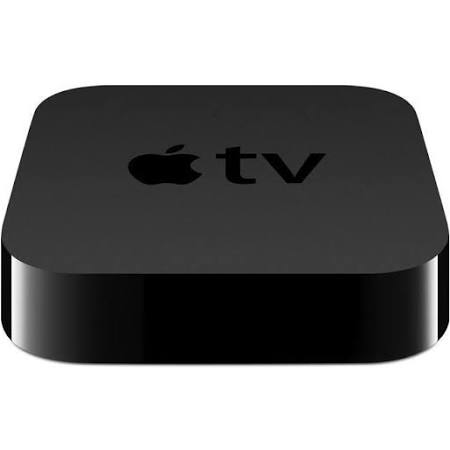 What it is: Apple TV is a box that connects to any television set and provides Internet streaming capabilities.

One recent rumor suggested that Apple shelved a high-definition TV set a few years ago because it wasn’t feasible. Making a better TV isn’t the challenge because hardware is just another commodity. Look at how fast rivals copied the iPhone and iPad with similar hardware. What separates the iPhone and iPad from these copycats is the software, and that’s where the money is in Apple TV.

There’s no reason for Apple to build a TV set when people already have existing TV sets. Building a TV set means competing with hardware specifications, and that’s simply a losing game. Tomorrow one company comes out with a better TV and the next day a rival comes out with a better one. There’s no loyalty in hardware if all TVs basically work alike.

That’s why the real promise of Apple TV isn’t building a TV screen, but providing exclusive access to unique content. One of the more obvious uses for Apple TV is to allow subscribers to pick and choose the channels they want and only pay for those channels. That compares to today’s bizarre cable TV subscription plans that bundle everything but the handful of channels you really want. Then you’re forced to pay for what you don’t want in order to get a deal on the channels you do want. Any time you inconvenience the customer, you can expect the customer to abandon you at the earliest possible moment, and that’s where Apple TV has the potential to grab a huge market share right away.

The second potential for Apple TV lies in exclusive programming and content. You can get a hint of this already with iTunes and Beats Music. Not only did Apple buy Beats Music for their streaming content deals, but they also needed Beats to work with artists who can provide exclusive content only available on iTunes. That exclusive content keeps iTunes form competing in the commodity music field.

A third potential use for Apple TV lies in gaming. Most likely Apple TV will include a faster processor running iOS. Take all those existing iPhone and iPad games, make it easy to port to Apple TV, and you have a new iOS market for apps and games. Dedicated MP3 music players are dead because smartphones like the iPhone can duplicate those functions easily. That hints that dedicated video game consoles may also be dead (their sales are slowing), because a device like Apple TV can duplicate a video game console. Given a choice between an Xbox for PlayStation, or an Apple TV that can play games and also show you exclusive content, the Apple TV will likely be more attractive.

With its combination features of video games, exclusive content, and lower costs to buy only the channels you want, Apple TV has the potential to redefine the television market. Competitors like Netflix and Hulu have the content, but they lack the hardware access into people’s homes. They can get there through computers, the Xbox or Playstation, or tablets, which makes them versatile, but if Apple TV relies less on its hardware and more on its software (along with an Apple ID), then you’ll be able to watch your content on an iPhone, iPad, Apple TV, or Macintosh. Apple TV shouldn’t limit people to just watching content on Apple TV, but throughout the entire Apple ecosystem of products.

Think of how the Macintosh already makes it easy to answer phone calls from an iPhone or hand off data from an iPhone to a Macintosh and back again. Now think of watching a movie or TV show on your iPhone, then switching to the exact spot on Apple TV when you get home. It’s the integration of the Apple TV with the rest of Apple’s products that promises the future, not just the hardware alone.

Hardware is a commodity. Software is the future. If Apple TV connects to HomeKit for controlling household items like lights and alarms, then you have yet one more reason to get an Apple TV and not something else like an Xbox or Playstation. With Apple, all of their products are connected, and that’s the ecosystem that no rival can touch, which makes Apple TV a looming threat for the near future.

« Copying is Not a Strategy
The Future is iOS »